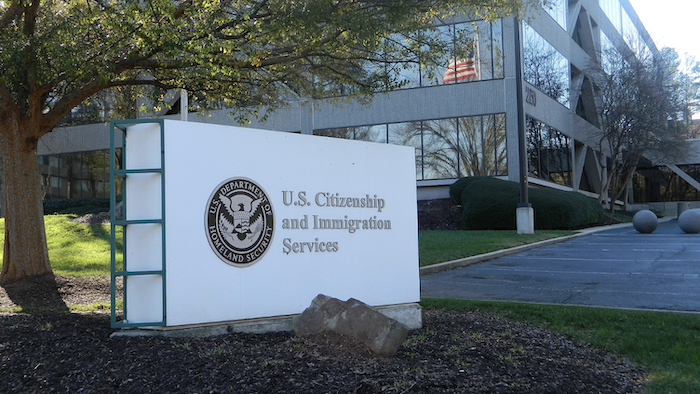 With the government shutdown over, and the President declaring a national emergency to increase border security and build portions of the fence along our southern border, there is another gaping hole in our immigration system that a wall won’t fix.

The hole, or rather loophole, has to do with our asylum laws, and many illegal immigrants are voluntarily turning themselves in order to exploit them.

A recent op-ed on Fox News by Ryan James Girdusky explains the problem.

Illegal immigrants have been told back in their home countries that requesting asylum unlocks the door to America. Simply making a request will prevent the U.S. government from immediately deporting the person seeking asylum.

Instead, each asylum claim is referred to federal immigration court, where it takes an average of 578 days for a decision to be reached on a request.

Because of this huge court backlog, more than 809,000 immigrants are waiting for their asylum claims to be heard in immigration court. That’s enough people to create the 18th largest city in the U.S.

While waiting for a decision on their asylum claims, illegal immigrants get to stay in the U.S. Many don’t show up when their immigration court hearings are finally scheduled and simply continue staying in America illegally. Approximately 600,000 people disappeared before their asylum hearings between 2003 and 2015.

A wall won’t keep asylum seekers out, and these same laws do not just apply to illegal aliens entering the U.S. from our southern border. Many immigrants are smuggled to the United States illegally from China, India, the Caribbean, and other areas of the world.

It turns out rampant abuse of our asylum laws was not always this bad. In fact, it significantly increased after a 2009 decision by the Obama Administration which determined that domestic and gang violence should also be grounds for asylum.

Foreigners quickly learned that claiming a "credible fear" of such violence – regardless of the truth of those claims – would gain them entry into the United States.

The number of asylum seekers predictably ballooned. In 2008, immigration courts received approximately 42,000 asylum requests. The figure of new requests made in 2018 rose to 160,000.

Central Americans file a majority of the asylum requests. The number of Hondurans, Guatemalans and Salvadorans seeking asylum has jumped almost 900 percent since 2012.

This surge wasn't driven by gang or domestic violence. The homicide rate in Honduras has actually fallen by more than 50 percent since 2012.

To their credit, the Trump Administration has tried to curb the influx of asylum seekers, with former Attorney General Jeff Sessions issuing new rules to deny many applications for asylum and place the applicants into expedited deportation proceedings. Unfortunately, these efforts have been blocked in federal courts.

On Wednesday, U.S. District Judge Emmet Sullivan agreed, issuing a permanent injunction against the departments of Homeland Security and Justice, forcing them to abide by the old rules. The judge ruled that restricting asylum to those victims was a clear "violation of the immigration laws" and ordered the administration to reverse course.

There is no one solution to fixing our broken immigration system. President Trump must follow through on several campaign promises, including implementing nationwide Mandatory E-Verify, drastically reducing legal immigration numbers, and cutting off federal funding to cities and states that have enacted so-called “sanctuary” laws.

However, closing asylum loopholes created by the Obama Administration would help reduce the demand for illegal immigration almost immediately. If the courts continue to block the Administration’s efforts to close these loopholes, Congress must act to address this gaping hole in our immigration system.