I was a Peace Corps Volunteer in Honduras for three years. Family planning and birth control were rudimentary at best in that small, struggling Central American republic. Not coincidentally, there were many unplanned births and extremely rapid population growth. When I was in Honduras, its population was increasing by more than 3 percent annually, at a rate that would double its size every 20 to 25 years.

Since there was not enough land or jobs to go around, many Hondurans simply decamped for the United States, and Honduran elites seemed only too happy to use the U.S. as a “safety valve” to relieve demographic pressures that might otherwise explode. Yet explode they have: Honduras now has the highest homicide rate of any nation on earth. Population control “by other means?”

Abortion was and is prohibido there. Vatican dogma denouncing contraception and abortion carries considerable authority in Honduras. Hondurans aren’t well-educated on average, and they are very religious, very traditional and very Catholic, though other conservative sects – evangelicals, Jehovah’s Witnesses and Mormons – have been making inroads into the Vatican’s hegemony.

Of course, just because abortion was outlawed didn’t mean it didn’t happen… for it did, and on a massive scale. It just happened in backrooms and bedrooms, instead of clinics, under unsanitary, unsafe conditions, jeopardizing the health and lives of girls and women who wanted to end their pregnancies.

A sister of my Honduran girlfriend almost died from an infection due to a clandestine abortion. Her mother, a devout Jehovah’s Witness stridently opposed to abortion in principle, nevertheless insisted her daughter get one because there was neither money nor food to spare for another mouth in that impoverished household.

In the news, there were the occasional horror stories of self-aborted fetuses or dead newborns unearthed from shallow graves by roving pigs. And this was the tip of the iceberg.

In the late 1980s, the United Nations Population Fund offered the Honduran government a multi-million dollar grant – free money! – to implement a program in population education in the nation’s schools that promoted responsible parenthood (not having children you couldn’t support) and, indirectly, a reduction in the nation’s harmfully high fertility rate.

Honduran Catholic Church authorities went ballistic. Church officials claimed this was “genocide” and a “knife stab against our national culture.” The backlash forced the Honduran government to reject these free funds to help it begin to defuse the country’s population bomb before it detonated. Since then the population of Honduras has doubled. And it is no surprise that illegal immigration to the U.S. from that country has soared, as it has from others in the region, such as El Salvador and Guatemala.

In recent months in the U.S., redoubled attacks on Planned Parenthood and Title X by anti-choice zealots and “sex-crazed” hard-right Republican congressmen and presidential candidates remind me painfully of the social backwardness I saw in a Third World country.

Members of “the Stupid Party” are living up (or down) to their nickname by trying to defund or even eliminate Title X, our country’s main public family planning program, which has enjoyed bipartisan support for nearly half a century. According to Nicholas Kristof, writing in The New York Times:

To appreciate the dumbing down of American politics, consider this: Conservative Republicans, indignant about abortion, are trying to destroy a government program that helps prevent 345,000 abortions a year.

According to Kristof and The Guttmacher Institute, Title X prevents an abortion about every 90 seconds. Guttmacher estimates that Title X also prevented 2 million unintended pregnancies in 2013. Guttmacher further notes:

In the absence of these services, rates of unintended pregnancies, unplanned births and abortions in the United States would have all been 60 percent higher. 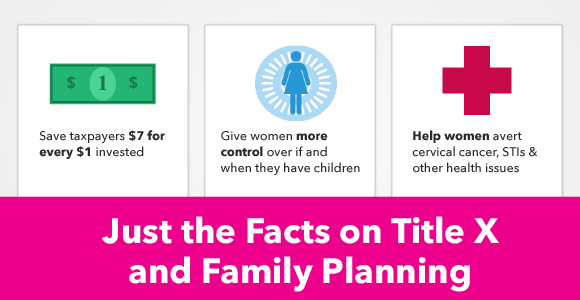 Yet since 1980, Title X family planning funds have fallen by two-thirds in constant dollars. It is no wonder that half of all pregnancies in the USA are unintended, the highest rate in the developed world, and 30 percent of all girls become pregnant by the age of 19.

It simply boggles the mind that people who preach morality ad nauseam could be so unconscionable or short-sighted.