President-elect Donald Trump was the only candidate in the 2016 race for the White House to propose securing our borders and enforcing immigration laws.

Many Republicans called for greatly increasing the number of H-1B visas for foreign high-tech workers, ignoring the hundreds of thousands of hard-working American professionals who have the education and many years of experience in the STEM (Science, Technology, Engineering and Mathematics) professions, including, but not limited to, computer programmers. Indeed, many American STEM workers have been laid off and coerced into training their foreign replacements to be eligible for severance packages.

Trump promised to secure the borders and make certain that we employ “extreme vetting” to prevent the entry of terrorists. He promised to stop enabling foreign workers to replace American workers and was immediately condemned as being a racist for wanting to put Americans, irrespective of race or ethnicity, first.

Incredibly, so-called “A-listers,” movie stars who depend on talented script writers to literally put words in their mouths, frequently bash Trump and threaten to leave America because of his stated goals. It is amazing to witness how the truth and promises to help struggling American workers and their families, and to protect America and Americans from international terrorists and transnational criminals, could become so controversial and ignite the firestorm of words.

For decades, beginning with the presidency of Jimmy Carter, terminology concerning immigration has been altered by politicians and journalists to conceal the truth. America’s immigration laws have nothing to do with race, religion or ethnicity. Those laws are simply about preventing the entry and continued presence of aliens who pose a threat to national security, public safety, public health and the livelihoods of American workers.

I provided my perspectives about this issue as an INS special agent in my article, “Jimmy Carter: Originator of the Orwellian Term ‘Undocumented Immigrant’ – How the former president manipulated immigration enforcement policy to influence elections.” In addition to altering public perspectives about immigration, Carter’s order that routine arrests of illegal aliens be terminated during the census conducted while he was President was an effort to gerrymander seats in the House of Representatives and, ultimately, votes in the Electoral College. Other politicians, from both the Democratic and Republican parties, jumped on the bandwagon to satisfy the demands of their deep-pocketed contributors who wanted an unlimited supply of cheap and easily exploitable labor.

Simply stated, what we now have is Immigration Failure – By Design.

Where all other law violations are concerned, efforts are mounted to launch public relations campaigns to convince folks that if, for example, they drive drunk or text while driving they will be penalized. In the weeks before Tax Day (April 15), the IRS sends out their agents to arrest tax cheats and makes certain to have heavy media coverage to intimidate Americans to pay their taxes – or else.

However, where illegal immigration is concerned, politicians from both sides of the political aisle insist that, since we cannot possibly arrest the many millions of illegal aliens in the U.S., we should simply provide them with lawful status to get them out of the “shadows,” even though proposals never include additional agents to look for the millions of illegal aliens who have criminal histories or involvement with criminal or terrorist organizations.

Politicians ignore that if this were done there would be no way to interview the large number of people or conduct field investigations. They ignore that this would violate commonsense and the findings of the 9/11 Commission, even as we have witnessed deadly terror attacks around the world and within our borders. 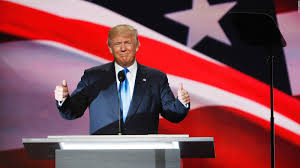 They ignore that all of these legalized aliens would be able to immediately apply to have every one of their minor children legally brought to the U.S. and enrolled in schools across the country. That number of children would likely exceed the number of newly legalized aliens. Imagine what that would do to beleaguered teachers and school districts around America.

The key to finally ending the immigration crisis is to effectively secure our borders, and we must focus a good deal of attention on the enforcement of our immigration laws from within the U.S. interior.

For 2017, all American citizens should be hoping that Mr. Trump keeps his promises!