President Obama’s newest hobbyhorse is income inequality. But his other pet project, passing a massive immigration bill to legalize 12 million illegal immigrants, double legal immigration within the first decade, and permanently double the flow of low-skilled non-agriculture workers would increase the ever-widening gap between the rich and the poor. 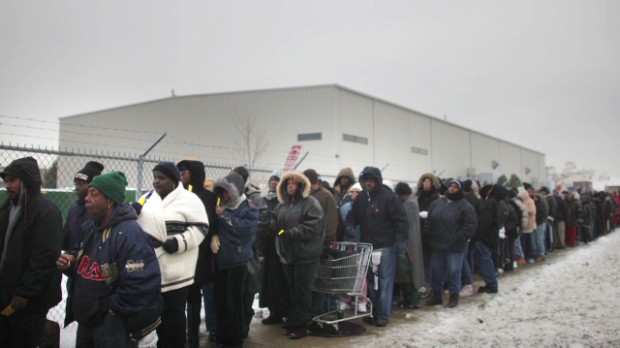 In his recent New York Times blog, Charles M. Blow summarized the all-too-familiar statistics that show the growing disparity between the rich and the poor. Citing a January International Monetary Fund Policy Paper, Blow wrote that America’s rich keep getting richer while the poor get progressively poorer. America’s poverty rate is stuck on 15 percent; among children, 22 percent.

The Senate and House bills assure that the U.S. will continue to import poverty. In the Senate bill, the new W visa would allow employers to bring 220,000 low-skilled workers into the country. According to The Wall Street Journal, mushroom farmers, assisted living facilities and nurseries are among those who lobbied for the W visa. With a larger cheap immigrant labor pool, those employers and others who pay low wages could displace their American staff.

Obama can’t have it both ways. His huge immigration bill would undermine the significant challenge he faces to end, or at least reduce, income inequality.