Santa Barbara has suffered unspeakable loss at the hands of a mentally ill person. Mothers, fathers, family, friends and community have had to say goodbye unexpectedly and too soon. A child who loses a parent is an orphan; there is no word for a parent who loses a child. The families of the victims and the perpetrator are suffering, for both have permanently lost pieces of their hearts. The entire nation is aware of the person that caused such loss in California.

The nation is much less aware of the many victims of illegal aliens. 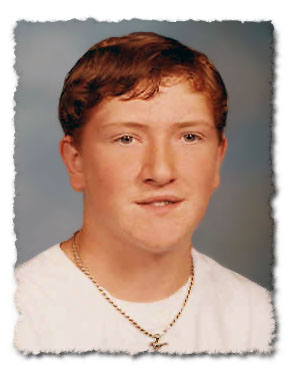 Recently, Crime Stoppers issued a request for information leading to the death of Dustin Inman. On Father’s Day 2000, Dustin Inman and his parents, Billy and Kathy, were headed to the north Georgia mountains for a fishing trip. While waiting at a traffic light, Gonzalez Gonzalo Harrell, an illegal alien, slammed into the rear of the Inman family’s vehicle, killing 16-year-old Dustin and the family dog. Dustin’s parents survived, but Kathy is confined to a wheelchair and continues to suffer from injuries sustained that day. Both have had their hearts broken. Dustin was their only child.

Robert Krentz was murdered by an illegal alien while tending to his family’s 34,000-acre ranch. Krentz helped illegal aliens by offering water in the desert heat and assistance in cases of injury. Days before Krentz’s death, his brother told police about illegal aliens crossing the family’s ranch transporting drugs into the U.S. Police believe that Krentz and his dog were shot by an illegal alien. Tracker dogs used to assist in the investigation picked up on the scent of the murderer. The scent was tracked back to Mexico.

Dustin and Robert are just two of the many victims of illegal aliens. While our borders remain porous and immigration law enforcement lax, lives are shattered. If you were to go to any community across the nation, many could tell you about the massacre in Santa Barbara. Likely, many could recall the name of the perpetrator, the circumstances that led him to commit such a heinous crime and, possibly, the names or occupations of victims. However, could these same people tell you about victims of illegal aliens in their state or local community?

I don’t want to mention the name of the Santa Barbara shooter; he needs no more notoriety. But, the names of victims of illegal immigration need to be remembered at each opportunity. This is to remind America that the Obama administration chooses to sacrifice American lives through nonenforcement of immigration laws, and the media chooses to be complicit by ignoring these victims.