With the Capitol Hill hullabaloo about President Obama’s executive order suspending deportations for about 5 million aliens, last summer’s Central American invasion has suddenly become a distant memory. That’s the way it is on the immigration beat. Before Americans can cool down from the last immigration law abuse, another injustice soon comes along to replace it.

Still, Central Americans manage to remain in the news. Recently, Senator Charles Grassley (R-Iowa) learned that Health and Human Services reimburses Southwest Key Programs, a California-based provider to so- called unaccompanied alien minors, at the high rent rate of $329 per day. For $329 nightly, tourists can rent a room at the luxury Las Vegas Four Seasons Hotel and have meal money left over. 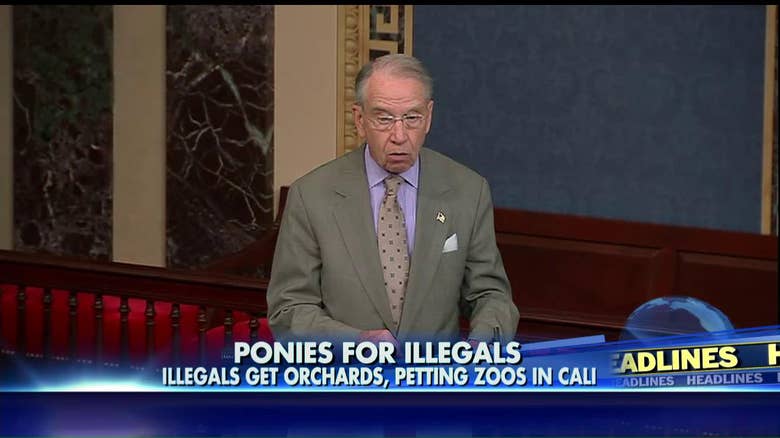 Included in the lofty Southwest Key fee are trips to a petting zoo and guitar lessons. The media had earlier reported that at other special facilities designed for Central Americans, ethnically appropriate music is piped in, special meals are prepared for lactose-intolerant residents, and telephones are made available to call back home. If only American inner city kids were treated as lavishly.

Imagine how alluring this picture must look to Mexicans and Central Americans who might be considering entering the U.S. unlawfully. They’re certainly more incentivized now that the President has officially put forth his plan to provide millions of aliens with work permits, Social Security numbers and government-issued photo IDs.

No need to worry that crossing the border illegally will result in being detained. Immigration and Customs Enforcement relies on catch-and-release, a self-destructive policy wherein the alien receives a notice to appear in immigration court at a future date. Immigration officials jokingly refer to these as “run letters,” since few aliens show up for their court appearances. Data published by the Executive Office of Immigration Review showed that between July 18 and October 7, 94 percent of Central American family units failed to appear on their assigned court date.

In a nutshell, prospective aliens have little to lose but much to gain when they decide to come north. Obama’s amnesty will represent the most powerful inducement yet to make the journey.