My post today is inspired by the elite commentary, “The Right Way to Ask Boomers to Retire / How ‘Polite’ Millennials Can Convince a Generation of Workaholics to Give Up Their Jobs,” by Mike Hais and Morley Winograd (September 29, 2014, Zocalo Public Square).

I’ve included my two comments to the article and the author response. My post then follows.

At the bottom of the 6th paragraph is the gist of this article, without the sugar-coating. ‘…asking them (the baby boomers) to die…’ 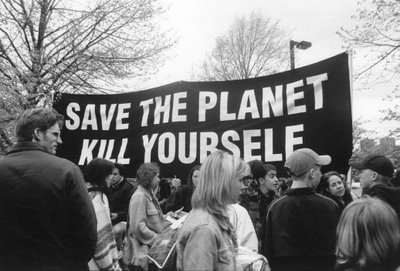 Looking at their photograph at MikeandMorely dot com, I deduce that both of these guys are Baby Boomers, likely born before 1964. Confirmatory information is supplied by the two authors’ backgrounds: we learn that Morley Winograd ‘…served as the Executive Director of the Institute for Communication Technology Management (CTM) at USC’s Marshall School of Business from 2001 until his *retirement* in June of 2009….’ Regarding Michael D. Hais, Ph.D., ‘Prior to joining Magid in 1983, he was a political pollster for Democrats in Michigan and an Assistant Professor of Political Science at the University of Detroit.’ In summary, these two Baby Boomers are first-class hypocrites.

Actually we are too old to be Boomers. We are members of the Silent Generation, the one nobody knows about that came before Boomers. And we are both retired.

As a Boomer, I appreciate your candor – but your definition of ‘retired’ is a curious one, given that I would anticipate that the consulting fees mentioned on your website are substantial. It still seems to be ‘do as I say, not as I do.’

One fundamental problem has been how economic elites have systematically destroyed the technology-based careers of “Baby Boomers” – those born between 1946 and 1964. (Baby Boomers in the workforce are currently between age 50 and 68 today.)

Among the elite’s key tools to ensure a slack labor market is the controversial work visa, including H-1, H-1B and, recently, the OPT extension to F-1 (student) visas. All of these programs feature the immigrant working under conditions akin to indentured servitude, since the immigrant is subject to almost immediate potential deportation if his job is cut.

While there are modest disclosure requirements for the H-1 and H-1B work visa programs, with a loophole-laden definition of “prevailing wages,” the OPT extension has negligible disclosure requirements. The employer sets the undisclosed wages and working conditions for OPT work visa beneficiaries. There is no annual cap for OPT work visa issuance, unlike the generous annual cap for H-1B visa issuance. The term of the OPT extension was increased near the end of the second George W. Bush administration to 29 months, making it almost equal to the 36-month term of the initial H-1B visa. While the OPT extension may not be renewed, the H-1B visa may be renewed for an additional 36 months. Often, an imported technology worker first holds an OPT extension to an F-1 visa and then transitions into two consecutive H-1B visa terms with an employer.

Furthermore, under the “dual intent” feature of the H-1 and H-1B work visa programs, the employer may sponsor the immigrant for permanent residency, a process that is intentionally drawn out to take a typical three to six years. The combination of the “stick” of potential deportation and the “carrot” of permanent resident sponsorship yields a very docile and pliant imported workforce. In particular, the imported workforce tends to be satisfied with salary and benefits that are a fraction of those provided to American citizens, who enjoy employment “free agency” in comparison. They are also immobile relative to American citizens, since there are substantial barriers to changing employers. This immobility is sought by many employers in technology fields.

The imported workforce tends to be young relative to the experienced American citizen technical professionals that the work visa beneficiaries are replacing. As a consequence of the wide loopholes designed by employer interests, it is perfectly legal to require the American citizen to train her imported replacement as a condition of payment of the American’s outplacement benefit. Often, the American citizen is also required to sign a nondisclosure agreement that she will not provide the media with an account of the shabby treatment by the former employer.

The salary and benefit avoidances – and the docile, immobile imported workforce – are strongly desired by the economic elites that designed these programs. The H-1B visa program currently has annual admission caps that typically exceed 120,000 per year. Cumulative H-1B visa admissions since 1990 are well in excess of 6 million, a figure comparable to the native-born science and engineering workforce before the H-1B Visa program was created in 1990.

All of these features have allowed the H-1B visa and OPT Extension Visa to morph into de-facto government-sanctioned foreign hiring preference programs for technology fields.

To underscore the magnitude of this transformation, the U.S. Census Bureau provided some informative tabulations of 2002 annual median income as a function of age for groups with specific educational attainment. Here is a graph of these tabulations for men:

Here is the comparable graph for women. Note that it shows women’s median annual incomes are a fraction of those earned by men of the same age and educational attainment.

Often, a middle-class American citizen, whether native-born or a naturalized immigrant, has difficulty obtaining or remaining in a technology-based position after 35 to 45 years of age, depending on their field of employment and gender. Professor Norm Matloff has termed this unprecedented  loss of millions of talented Americans (formerly in technology fields) since 1990  an “Internal Brain Drain.” After that age, it is anomalous for middle-class Americans to hold such positions. (Economic elites, on the other hand, tend to hold “good” well-paying positions until they reach their chosen retirement age.) Middle-class American citizens are forced to take poorly paid part-time positions (often without benefits) that make scant use of their educational training or workforce experience. This trend is underscored in the above graphs.

Older Americans also have increased probability of having their retirement funds depleted as a consequence of economically harmful life events such as a protracted divorce or an extended illness for them, their spouses or their children.

Older Americans are thus forced to hold on to their positions for as long as possible just to meet living expenses. “Safety net” programs such as Social Security are providing less and less inflation-adjusted income with each passing year.

These negative economic trends will not abate until U.S. immigration levels are decreased to traditional historic levels between 100,000 to 200,000 annually. Current immigration flows, when legal and illegal immigration are considered, are about ten times these levels.

What Needs to Be Done with the Higher-Skilled Work Visa Programs Such as H-1B?

U.S. Colleges Are Both Victimizers and Victims of Mass Immigration

Immigrants don’t “make it all work,” they take work

Whose University is it anyway?

How Not to “Solve” the Social Security Problem – Mass immigration is the wrong answer, Summer 1999