Heiress and bird-lover Cordelia Scaife May believed nature and the U.S. were under siege from runaway population growth. Eight years after her death, she continues to influence the immigration debate. 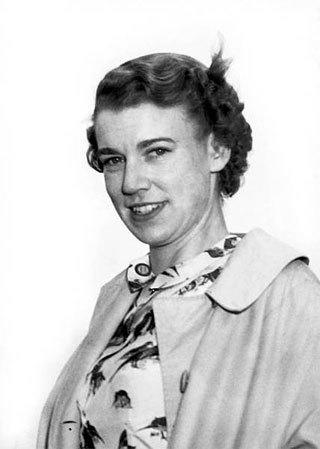 WASHINGTON — In a gilded but often lonely life, Cordelia Scaife May, heiress to one of America's most storied fortunes, had a few cherished passions.

Protecting birds was one. Keeping immigrants out was another.

An ardent environmentalist more comfortable with books and birds than with high-society galas, May believed nature was under siege from runaway population growth. Before her death in 2005, she devoted much of her wealth to rolling back the tide — backing birth control and curbing immigration, both legal and illegal.

Today, May's influence is stronger than ever. Her Pittsburgh-based Colcom Foundation has been the single-largest donor to the anti-immigration cause, providing more than $76 million over the last decade to groups that now are fighting to block immigration overhaul efforts in Congress.

In hyperpartisan Washington, most immigration opponents focus on beefing up border security and blocking any path to legal status for immigrants in the country without authorization.

May was driven by other concerns.

"Her worry in life, almost, was population control," said horticulturist George A. Griffith, a longtime friend. "I think she would stay awake at night just worrying about what would happen" to the environment from too many people.

May also fretted about how immigrants might change America. She became a key backer of John Tanton, a Michigan ophthalmologist who founded a network of anti-immigration groups. In the 1980s, she paid to distribute in the United States a best-selling French novel called "The Camp of the Saints," which imagines poverty-stricken Third World immigrants overwhelming the West and destroying civilization.

May, known as "Cordy," never knew poverty. Her mother, Sarah, was a member of the Mellon family. One of the country's great financial dynasties, the family controls Mellon Bank and vast wealth in aluminum, oil and steel companies.

May's brother, Richard Mellon Scaife, a major supporter of conservative organizations and causes, also has backed anti-immigration groups. His lawyer, Yale Gutnick, says Scaife is concerned about immigration's impact on national security: "When you open the gates, who's looking at who's coming in?"

Born in 1928, May had a gloomy childhood with nurses and governesses in the family mansion, Penguin Court, outside Pittsburgh. She later said the only time she heard laughter in the home was during visits from her mother's friend Margaret Sanger, the social reformer who founded what became the Planned Parenthood Federation of America.

"She was the one who put what fun there was into our lives," May told Burton Hersh for his 1978 history of the Mellon family.

May became a generous supporter of Planned Parenthood, which in its early days supported population control. May kept a portrait of Sanger in her living room, and a "Stop the stork" bumper sticker on her Mercedes.

May also became a near recluse. She gave away millions of dollars annually to support educational, cultural and conservation causes with the provision that her involvement be kept secret.

PHOTOS: The debate over immigration reform

Her millions didn't bring her happiness. Like her mother and other family members, she battled alcoholism. She named her home Cold Comfort, a wry reference to "Cold Comfort Farm," a popular 1932 comic novel about a woman "of every art and grace save that of earning her own living."

And when she died, she left more than $400 million — nearly half her fortune — to the Colcom Foundation, named for the same book. The foundation's mission is to promote "sustainable" immigration that won't overwhelm the environment or the economy, according to John Rohe, Colcom's vice president for philanthropy.

"No one wants this to be a nation of a billion people," Rohe said in an interview.

"We have zero tolerance for racism," he added. "From the bottom of my heart, this is not a racist agenda."

But some groups supported by Colcom have drawn fire for anti-immigrant views.

Before May died, Colcom gave more than $200,000 to Samuel Francis, a conservative columnist who called for halting immigration and opposed "all efforts to mix the races of mankind."

Colcom also gave $5 million over the last decade to Californians for Population Stabilization, a nonprofit group based in Santa Barbara that seeks to restrict immigration. The chairwoman, Marilyn DeYoung, sparked controversy in March when she warned that children of immigrants can cause problems.

PHOTOS: Team Obama, where are they now?

"A baby can join a gang and then commit a crime; a baby can drop out of school and become a criminal; a baby grows up," she said in a videotaped interview with Cuentame, a Latino advocacy group in Culver City. Authorities don't check "whether they're communist or whether they're drug smugglers or had felonies or had been in prison or anything."

DeYoung is now on sabbatical and the group has a new chairman, according to its website. The executive director, Jo Wideman, said DeYoung's comments were "not reflective of her views or of ours."

"Our position is the same," Wideman said. "It's not about who [immigrates]; it's about how many."

Colcom provides about half of the $5.6-million annual budget for the Federation for American Immigration Reform, one of the most prominent anti-immigration groups. Dan Stein, the president, said business interests seeking cheap labor, and politicians seeking Latino support, have drowned out any consideration of population and the environment in the current debate.

"Organizations that ought to care about population dynamics have sacrificed integrity to partisanship," he said. "It's all about getting votes."

Population control once was a central doctrine of the environmental movement. As birthrates began falling, May and others began to focus more on immigration — and most mainstream environmental groups turned away from population issues entirely. In 2004, a group of anti-immigration advocates tried to take control of the Sierra Club, sparking a contentious board election and court fights, but the attempt failed. Today, the Sierra Club backs immigration reform.

But the anti-immigration cause still draws support from some environmentalists. They include Fred Stanback, heir to a headache remedy fortune, who has given tens of millions of dollars to help preserve pristine areas in North Carolina, his home state.

Stanback also gives money to some of the same groups backed by Colcom: the Federation for American Immigration Reform, NumbersUSA and Progressives for Immigration Reform. All advocate cutting both legal and illegal immigration.

Stanback supports a path to citizenship for the estimated 11 million people in the U.S. illegally. But he says he worries about "chain migration" — when immigrants who get legal status are able to bring in family members.

"More people put more pressure on the environment," he said.

But May's contributions dwarf those from Stanback and other environmentalists. Friends say she would be happy to see her ideas reflected in the national debate, but mortified to see her name pulled into it.

"What she did — she never needed thanks," Griffith said. "She just wanted to work on projects she felt were good for mankind."

Brian Bennett in the Washington bureau contributed to this report.