The population of California was just above 10 million when I joined the party in 1953. Today we’ve got nearly four times as many residents, or just short of 40 million.

Is that too many people?

Plenty of folks think so, judging by the reaction I get whenever I write about California’s housing crisis. That was true last week, after I said a basket of bills to finance more housing would offer some pain relief if not a cure.

“The issue in California is not lack of housing, but an oversupply of people,” wrote Sunnyvale resident Mark Baker, who advocated for a population cap. “The only solution is to reduce the number of people living in California through reduced immigration and births.”

But birth and immigration rates are in decline, and even mass deportation — as some readers recommended — wouldn’t free up enough housing. The California Department of Housing and Community Development says 1.8 million new housing units are needed by 2025 to handle projected growth. 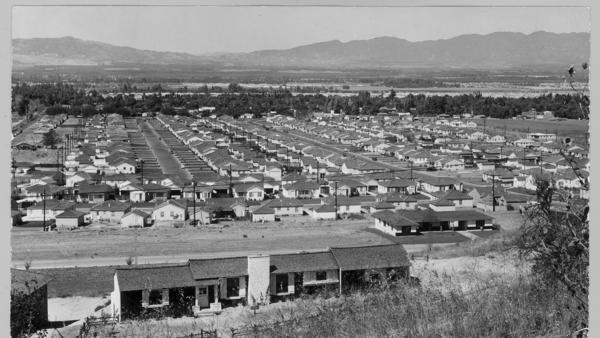 Another gaggle of readers suggested that anyone who has trouble paying the rent or the mortgage in high-rent districts should move east, or to the Central Valley, or out of state. We do have what could be an enduring water shortage, after all.

“You can only build so much density, only so much infrastructure, only so much mass transit,” said Michael Bracken, a Palm Desert economist who believes that companies and people have to move to places where the cost of living is cheaper and “there’s more elbow room.”

“There’s only a ‘crisis’ if you believe — as you seem to — that every person who wants to live here should be able to, full stop,” wrote Richard Schenkman.

“I happen to live in Hollywood, which I have watched become decimated, uglified, and over-packed with humans, cranes, autos and more, thanks to rampant over-development,” Schenkman went on, adding that it takes as long as 12 minutes to drive a little more than half a mile as he heads east and west.

The former New Yorker said he doesn’t have all the answers, but far more mass transit is at the top of his wish list.

‘Who gets to close the door and turn out the lights?’

To be honest, I’m just as bothered as anyone else about the madness of getting from here to there, and I don’t have all the answers, either. When I first lived in Los Angeles, in the late 1990s, I wondered how many more people Southern California could accommodate before we were all trapped in hell’s parking lot.

But I don’t know how you can cap population.

“I’ve seen the same trajectory and wondered many times over the years if there were too many of us,” said D.J. Waldie, the brilliant observer of L.A. life and history and author of “Holy Land: A Suburban Memoir.” “But I could never see a ceiling. Who gets to close the door and turn out the lights?”

Some people will choose to leave, said Waldie, “But lots of people live where they live because they get some kind of psychic benefit from living there. They’re loyal to it, it’s in their hearts, and they can’t tear that part out and live where…planners think they ought to live.”

And you can’t ignore the fact that middle-class and working-poor people, already living here, are critical to the economy but they’re being tortured by the ever-rising cost of scarce housing and obscenely long commutes.

Last week I wrote about a house I bought in San Jose in 1983, for $130,000, that would sell for more than $1 million today. Lots of readers pointed out that interest rates are much lower now, so the price difference isn’t as dramatic as it might sound. And that’s true, but my point stands:

Buying and renting are more expensive when inventory is low and demand high. The evidence reached a level of absurdity last week in Sunnyvale.

A three-bedroom, two-bath house in Sunnyvale was listed for $1.6 million, drew a bidding war and sold for nearly $800,000 above asking.

We may be closing in on the day when a $1-million listing sells for $2 million, even as the homeless count rises. If and when that happens, we’ll deserve whatever horror is visited upon us, be it locusts, pestilence, rabid coyotes or $5,000 iPhones.

My old newspaper, the San Jose Mercury News, reported that dozens of Silicon Valley houses have sold for more than $200,000 above asking price in the last month, including a 1,200-square-foot home that went for $1.83 million, $433,000 more than it was listed for. Is it sick of me to hope it has termites?

If you drive a truck in Silicon Valley, or teach, or draw blood at a hospital, or sweep the floor under a social media mogul’s feet, may God bless you and yours. Your options are to live in a shack near a canal in cow chip country two hours away, work three jobs, or plow half your take-home into a $2,300-a-month, one-bedroom apartment, the going average in Santa Clara County.

For all the reasons I listed last week, housing construction has lagged for years. Peter Schrag, retired newsman and author of “Paradise Lost,” which chronicled California’s retrenchment from its era of investment and expansion, offers another reason: 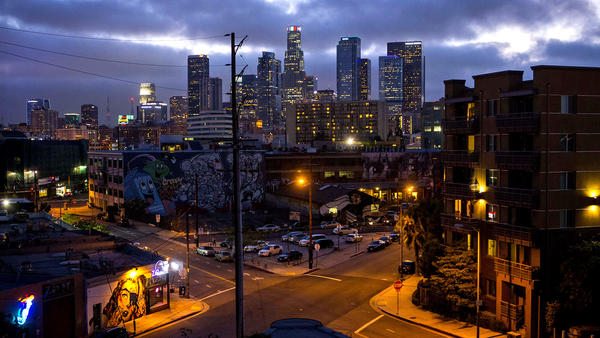 “Proposition 13 discourages people from moving into smaller places,” Schrag said, citing himself as an example. At 86, he’s lived in the same house in Oakland for 20 years, partly because of the tax advantages.

“That means it becomes increasingly difficult for younger home buyers because they have to pay taxes on the going market rate. The whole housing market is distorted by that.”

“As a result,” said the report, “California’s real estate prices have increased by more than 15% since 2009, but median income by only 5%.”

We have to build, folks, for the benefit of working people, not those who can pay $800,000 above asking. And it’s not just about creating new housing, but keeping existing rents from ballooning because of scarcity.

We can’t build carelessly, as we’ve done so many times in the past, and not where the scale and character of established neighborhoods are unfairly compromised. But as close as possible to where we work and shop, and where the trains and buses run, so it’s possible to live a full life free from the soul-sapping, time-sucking monotony of slow, bumper-to-bumper torment.

From horizontal to vertical

I’d like to see more dedicated busways because that’s a cheaper investment than rail. I’d like to see bikeways on secondary streets, instead of stealing traffic lanes on primary thoroughfares.

Southern California has taken steps, big and small, smart but not always, to design such a place. It’s not for everyone, but we’ve run out of the horizontal and all that’s left is the vertical, here in the beautiful mess Carey McWilliams once called “a gigantic improvisation.”

As for the whole of the state, we still haven’t figured out where we’re headed or how we’ll manage, but hasn’t that always been part of the attraction? 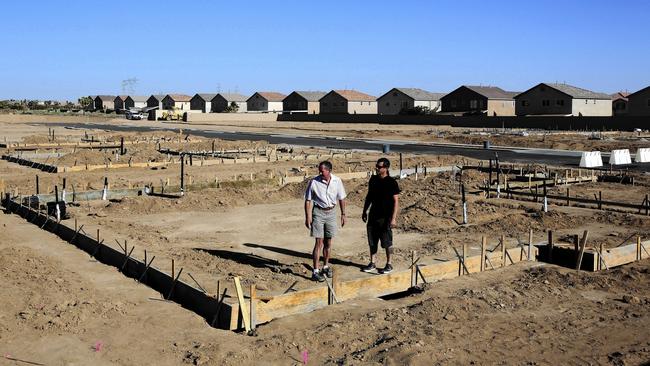