“The study you’ll see from Heritage this week presents a staggering cost of another amnesty in our country,” DeMint said this morning on “This Week,” based on the “detrimental effects long-term” of government benefits that would eventually go to the millions offered a path to citizenship under the reform legislation currently being considered. “There’s no reason we can’t begin to fix our immigration system so that we won’t make this problem worse. But the bill that’s being presented is unfair to those who came here legally. It will cost Americans trillions of dollars. It’ll make our unlawful immigration system worse.”

A 2007 study by Robert Rector, assuming all undocumented immigrants were granted “amnesty,” said the cost to the United States of immigration reform would be at least $2.6 trillion. When asked if the new Heritage estimate would be more than $2.5 trillion, DeMint responded “much more than that.” 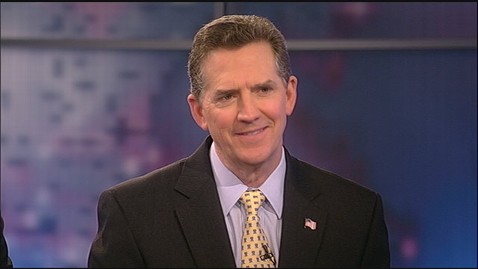 The 2007 study is not without its critics, such as Alex Nowrasteh of the Cato Institute, who wrote in April that the study’s “flawed methodology produced a grossly exaggerated cost to federal taxpayers of legalizing unauthorized immigrants while undercounting or discounting their positive tax and economic contributions.”

DeMint dismissed the criticisms, including estimates by the Congressional Budget Office that say immigration reform will increase economic growth.

“Well, CBO said Obamacare wouldn’t cost us anything. They’re basically puppets of the Congress and the assumptions they put in the bill. Heritage is only organization that has done an analysis on the cost,” DeMint said.

“If you consider all the factors related to the amnesty – and, believe me, this is comprehensive – that it will have a negative long-term impact on our gross domestic product,” DeMint added. “So we just want Congress, for once, to count the cost of a bill. They’re notorious for underestimating the cost and not understanding the consequences.”