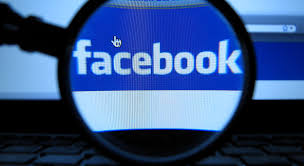 WASHINGTON — Of the many agreements struck in the Senate immigration bill passed Thursday, one of the most critical came courtesy of two long-standing adversaries: the U.S. Chamber of Commerce and the AFL-CIO labor federation.

After an impasse on guest worker visas helped derail an earlier reform effort, business and labor managed to sort out their differences this time around, settling on a deal that had a little something for everybody. Businesses essentially won an expansion of the foreign guest worker visas they’ve come to rely upon, while organized labor got to see meaningful protections written into the legislation for the sake of both U.S. and foreign workers.

But when it came to the visa issue, there was one workforce that didn’t have much of a lobby on Capitol Hill: high-skilled U.S. tech workers, like software engineers.

The final Senate bill would expand the number of H-1B visas that allow U.S. tech companies to bring foreign workers here temporarily. Labor advocates have long maintained that unfettered guest worker programs have a way of depressing wages for American workers while exposing foreign ones to exploitation. The Senate bill does include labor-backed protections pertaining to the tech sector, but experts say those provisions were largely undone by loopholes added through amendments backed by Silicon Valley.

Close watchers of the visa programs say the final bill was a rout for the tech industry. Policy experts can debate whether the influx of H-1B visas will ultimately help or hurt U.S. workers, but in the end the tech companies won their visa expansion without the concessions that other industries submitted to.

"It was pretty much a landslide," said Daniel Costa, director of immigration law and policy research at the left-leaning Economic Policy Institute. "The industry got everything. They got way higher [visa] numbers with few protections in there."

One of the industry’s major victories was the so-called "Facebook loophole." If it becomes law — far from certain, given the House GOP’s vow not to take up the immigration package as a whole — the Senate bill would put tougher standards on companies considered "H-1B dependent." Companies where at least 15 percent of the workforce is made up of H-1B visas would have to recruit U.S. workers before foreign ones, and they would have to pay a higher prevailing wage rate to the workers on visas.

Furthermore, under the so-called "50-50 rule," firms would no longer be allowed to have more than 50 percent of their workforce on H-1B visas or L-1 visas, a similar visa category used primarily by tech companies.

But due to amendments added to the bill, companies can easily wiggle out of that stricter "H-1B dependent" classification, as well as the 50-50 rule.

A provision in the bill allows companies to consider their H-1B and L-1 workers "intending immigrants" if they file for green cards. This puts those workers on a pathway to a citizenship — a good thing in the eyes of progressive immigration advocates — but it also lets the company duck the new recruitment standards as well as higher prevailing wage rates. It’s a carveout in the bill not enjoyed by other industries that employ high numbers of guest workers, like agriculture and hospitality.

Whatever price these tech companies pay in administrative fees due to immigrant applications will be dwarfed by their savings through cheaper labor, said Neeraj Gupta, CEO of the IT services company Systems in Motion.

"They won’t talk about it in public, but I have friends who say it’s very obvious and that’s how they’re going to do it," said Gupta, who testified before the Senate Judiciary Committee on the matter. "My grief lies with fact that we are taking away positions that cannot be offshored — local work — that is being given to workers from outside."

As The New York Times reported last week, it’s hard to tell what kind of effect H-1B visas actually have on the employment and wages of U.S. workers. A Brookings study found that college-educated workers aren’t more likely to be unemployed in cities heavy with H-1B visas, and a Harvard paper found that an influx of skilled foreign workers can help boost overall employment, particularly for younger workers.

But as an EPI analysis found, there’s reason to doubt the tech sector’s claims of an alarming dearth of STEM workers in the U.S. What firms are really clamoring for, Gupta said, is more workers at relatively low wages.

Under the current system, the companies that already capture the highest number of H-1B visas aren’t famous innovators like Google — they’re lesser-known outsourcing firms like New Jersey-based Cognizant. As the Boston Globe reported in a detailed look at the H-1B program, three out of the four largest holders of H-1B visas last year were India-based outsourcing companies.

The smaller, less reputable outsourcing firms are known simply as "body shops," since their primary function is to supply labor to other companies. A lot of these firms have more than half of their workers on H-1B and L-1 visas. Championed by Sen. Dick Durbin (D-Ill.), the 50-50 rule was designed to penalize these companies, but it was largely undermined by the Facebook loophole, Costa explained.

Ron Hira, a tech policy and outsourcing expert at the Rochester Institute of Technology, said the loophole will serve as a boon to the firms who essentially "resell labor" to other companies.

"Is this justified from a policy perspective? I don’t think so," Hira said. "I think it’s a pretty large loophole and it defeats the purpose of trying to get these firms that are heavily dependent on H-1B visas to hire American workers. Now they have an additional way to avoid hiring Americans.

"Really, the tech industry wrote it," Hira said of the H-1B elements in the "There was no counterpart on the Gang of 8 representing American [tech] workers."

The lopsided victory, Hira and others say, has a lot to do with the lack of political clout among tech workers. Tech workers in H-1B fields aren’t widely unionized. The AFL-CIO’s Department for Professional Employees lobbied to rein in the H-1B visas and to force firms who used them to search for U.S. prospects first, without loopholes to escape the obligations. But the H-1B discussions weren’t part of the more publicized negotiations between the Chamber and the AFL-CIO, and advocates for tech workers were simply outgunned.

"It just didn’t get the attention," said Paul Almeida, the head of the AFL-CIO’s Department for Professional Employees. "And if an employer can save 20 to 25 percent of payroll on these employees, we’re talking about hundreds of millions of dollars. To spend some small amount to lobby to push this through is a drop in the bucket."

Without a majority of House Republicans on board with a pathway to citizenship, House Speaker John Boehner (R-Ohio) has made it clear they won’t consider the Senate bill as a comprehensive package. But there’s the possibility it will be taken up in pieces, with H-1B policy being a part of that.

Late last week, Republicans in the House Judiciary Committee approved a bill that would more than double the number of H-1B visas, while implementing stronger prevailing wage protections than the Senate plan, according to EPI’s Costa.

As for the Senate bill, Costa said it’s difficult to push back on an industry that Americans tend to fetishize, particularly when workers may not seem exploited on the surface.