Immigration and Customs Enforcement officers arresting a man in Riverside, Calif., in June.Credit Melissa Lyttle for The New York Times

The Trump administration is working with like-minded sheriffs from around the country on a plan to channel undocumented immigrants from local jails into federal detention, according to several sheriffs involved in the discussions. If it succeeds, it could vastly expand the dragnet that has already begun to transform immigration enforcement in the United States.

The plan is intended to circumvent court decisions that have thus far limited the role of local law enforcement in immigration. It involves a legal move regarding detainers, which are requests by Immigration and Customs Enforcement to local sheriffs or police departments to hold people who are suspected of being in the country illegally, even after they have posted bail, finished their jail sentence or otherwise resolved their criminal cases.

A handful of sanctuary cities refuse to honor detainers on ideological grounds, but a larger number of sheriffs who otherwise support the Trump administration have also turned down detainers because courts have found that they violate the Fourth Amendment.

The legal move, in which sheriffs would essentially serve as contractors for ICE, is intended to protect sheriffs from such court battles, which have sometimes resulted in costly payouts. Some legal advocates for immigrants, though, expressed doubt that courts would view it as being different from current practices.

An ICE spokeswoman said that the plan was still under review, and that a final decision had not been made.

The tactic would be a major step toward marrying local and federal law enforcement, a centerpiece of Mr. Trump’s plan to thwart illegal immigration and one that immigrant advocates have scrambled to block at every opportunity. If enough sheriffs participated, the approach could lead to many more immigration arrests, which have already risen more than 40 percent since last year.

Since Mr. Trump was inaugurated, ICE has issued roughly 11,000 detainers a month, a 78 percent increase over the previous year. The agency declined to make data available on the number of detainers that are currently declined by sheriffs and other local departments. Even under President Barack Obama, detainers created friction between ICE and sheriff’s departments because hundreds of them have policies against honoring the requests.

But the Trump administration’s promises to deport more undocumented immigrants, particularly those with criminal records, have resonated with many sheriffs across the country, and the plan may serve cut through unlikely tension between the two groups. Mr. Trump and Attorney General Jeff Sessions have sparred repeatedly with jurisdictions that do not honor detainers, even where local officials support an immigration crackdown.

Sheriff Richard Stanek of Hennepin County, Minn., a Republican, found his jurisdiction included in ICE’s periodically distributed list of places that do not honor detainers, alongside well-known sanctuary cities like Los Angeles and Chicago. The administration discontinued publishing the list after he and other sheriffs complained, but the sheriffs say the sting has been lasting.

“We raised holy hell,” Sheriff Stanek said. “We said: ‘We’re your allies. Why are you shooting at us?’” 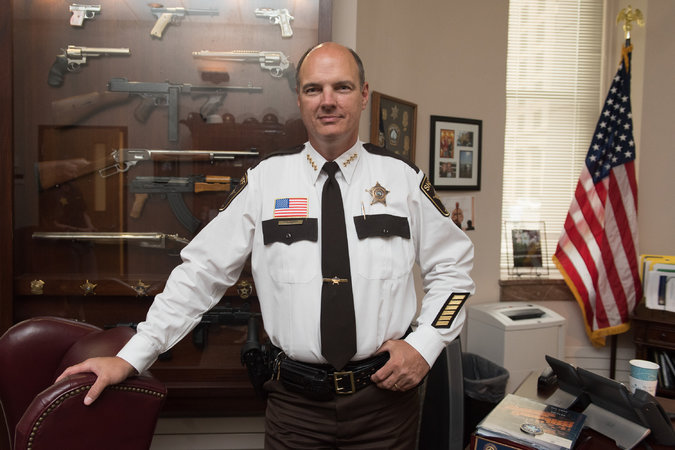 Sheriff Richard Stanek of Hennepin County, Minn., is among those who have discussed the proposed plan with the Trump administration. CreditAngela Jimenez for  NY Times.

ICE issues detainers for roughly 1,000 people in his jail each year, Sheriff Stanek said, and roughly two-thirds are ultimately freed before ICE agents can arrive to arrest them.

Sheriff Stanek said he would like to honor the detainers, but would do so only if the plan was approved by the courts. “We want to find a way to say yes,’” he said.

Sheriffs are seen as particularly important allies in immigration enforcement. They operate 85 percent of the nation’s jails and have ready access to the most desirable candidates for deportation: undocumented immigrants with criminal records or charges. Immigration arrests that are made in jails are also safer and require fewer resources.

ICE sends detainers to jails when it becomes aware that someone suspected of being an undocumented immigrant is being held on a criminal charge because the person’s name or fingerprints match those of someone ICE has previously arrested or deported.

But since defendants can post bail or otherwise win their freedom at almost any hour, they are often released before ICE agents can arrive to take them to immigration detention centers. To address that, detainers ask that these people be held for up to an additional 48 hours.

The practice has raised a number of legal issues, many of which hinge on that crucial period. Under federal law, sheriffs cannot make immigration arrests because they are civil in nature, and sheriffs enforce criminal law. As a result, judges have found that jailing people during that gap constitutes an unlawful seizure, in violation of the Fourth Amendment.

“It’s a seamless transition,” said Sheriff Bob Gualtieri of Pinellas County, Fla. “They are immediately in ICE custody. And what ICE does with them, that’s up to ICE. That’s not our business.”

It was Sheriff Gualtieri, who is also a lawyer, who devised the reasoning behind the new tactic and presented it to ICE.

He unveiled the plan in a presentation to the National Sheriffs’ Association at its annual convention in June. Several sheriffs who were present described the reaction as one of excitement and relief.

Sheriff Gualtieri, as well as Sheriff Stanek, Sheriff Mark Dannels of Cochise County, Ariz., and Sheriff Greg Champagne of St. Charles Parish, La., who was president of the National Sheriffs’ Association when the discussions began, have all traveled to Washington or corresponded with the Trump administration to discuss the new approach. 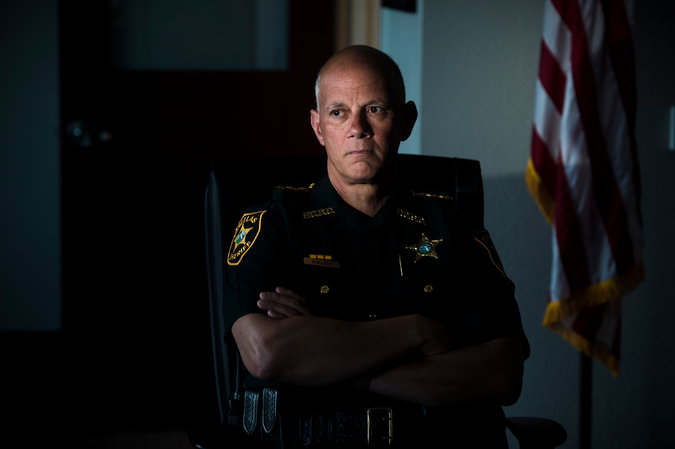 Sheriff Bob Gualtieri of Pinellas County, Fla., has suggested that ICE contract with sheriff’s departments to hold illegal immigrants until ICE can take them into custodyCreditZack Wittman for The New York Times

Sheriff Gualtieri said ICE officials had told him that the plan would begin with a pilot program in Florida, and be expanded nationwide eventually. Although the sheriffs said it was expected to be announced after Labor Day, the ICE spokeswoman, Sarah Rodriguez, said, “ICE continues to explore a variety of options that address the concerns of our sheriff partners when honoring ICE detainers.”

Lawyers who have fought cases involving detainers question whether the courts would approve of the plan.

Mr. Jadwat and other advocates raised concerns that the plan would be a return to the days when local law enforcement and the immigration authorities worked hand in glove, sometimes leading to overzealous policing and racial profiling.

“I do fear that, particularly in localities that don’t have laws in place limiting this practice, that you’re going to have sheriffs who are going to see the dollar signs and feel that maybe this is lawful to do ICE’s bidding,” said Mark Fleming, a lawyer for the National Immigrant Justice Center in Chicago.

Some states have policies or court rulings that could stop sheriffs from signing up under the proposed plan. The Massachusetts Supreme Judicial Court ruled last month that local law enforcement officials did not have the authority to comply with ICE detainers. Gov. Charlie Baker, a Republican, quickly proposed legislation that would provide authority in cases where detainees were charged with serious crimes.

Gov. Bruce Rauner of Illinois, a Republican, is under pressure from advocates for immigrants to sign a bill passed by the legislature that would severely limit the ability of law enforcement agencies to honor detainers. Similar laws are in place in California and Connecticut.

Sheriffs who honor detainers continue to face consequences in court. Last month, a Virginia judge ordered the state to pay more than $20,000 in damages and legal fees because an undocumented immigrant was held beyond his scheduled release date on a drunken-driving charge.

Even in the face of scrutiny, many sheriffs say that they are desperate for a legal means to honor detainers, and that ignoring the requests is not just a moral complication but a political one. After the sheriff’s office in Newport News, Va., was listed on the report of declined detainers, Sheriff Gabriel Morgan was flooded with phone calls and emails from constituents who demanded to know why he was not cooperating with ICE.

“You’re giving me a detainer that’s not worth the paper it’s written on in my courts,” he said. “Then you are trying to say I’m not looking out for public safety.”