Does the subway/freeway/Shake Shack line feel a little more crowded than it did a year ago? It might not be all in your head: The population of the United States grew 0.79 percent in the past year, according to data from the U.S. Census Bureau.

North Dakota saw the biggest one-year jump in population, growing 2.28 percent. Only seven states saw their populations dip in the past year, with West Virginia leading the fall with a 0.25 percent overall drop. Shale-rich North Dakota up and coal-filled West Virginia down? Guess that shouldn't have surprised anyone following the energy sector. Keep in mind though this data only goes through July 1, 2015, and oil-rich states haven't had the best run in the quarters since. 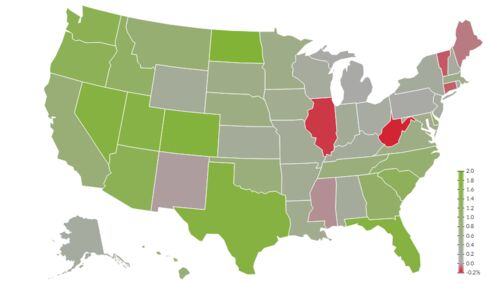 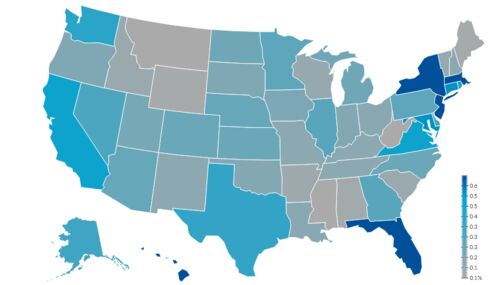 The remainder of the change in state populations can be attributed to the inevitables in life: births, deaths and, well, moving across state lines. North Dakota saw the biggest one-year rise in domestic migration at 1.35 percent of its 2014 population, with Florida and Colorado not far behind. The majority of states, however, lost residents to domestic migration, with Alaska seeing the biggest decline. Don't worry Alaskans (or do worry, really): if global warming continues, Anchorage will be a top destination yet. 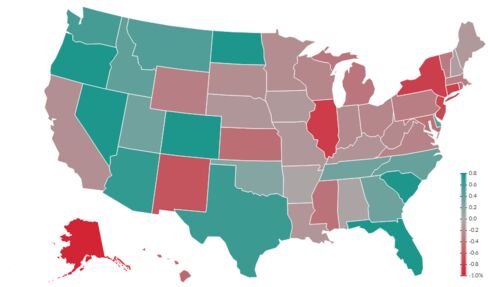 Note: Net domestic migration (within the U.S.) is measured by information on addresses through a combination of government sources such as the Internal Revenue Service returns and medicare enrollment, among others.
Source: Census