As America becomes more diverse, that is being reflected in the home countries of those choosing to become American citizens.

Asians comprised the biggest group of new Americans by region, according to recent data from the Department of Homeland Security, edging out those from North America, in which DHS includes those from Central America and the Caribbean.
Mexicans remain the single largest group of foreigners who were naturalized as citizens. But by state they are the biggest group in only 24. Among the remaining 26 states plus the District of Columbia, 10 other nationalities claim the top spot, as this map shows.

One of those states is New Jersey. For two years running, Dominicans have made up the biggest group of naturalizations each year, narrowly exceeding the number of Indians.

Asians were 275,700 of them, followed by the 271,807 from North America, Central America and the Caribbean. Europeans, the biggest source of the immigration waves of a century ago, were 80,333 of the year’s naturalizations. By country, the biggest groups after Mexico are India, Philippines, Dominican Republic and China.

To become a naturalized American, an immigrant generally must have been a permanent resident of the U.S. for at least five years (three years if the spouse is American) and pass a citizenship exam.
Here’s the breakdown by state for the 2013 fiscal year. 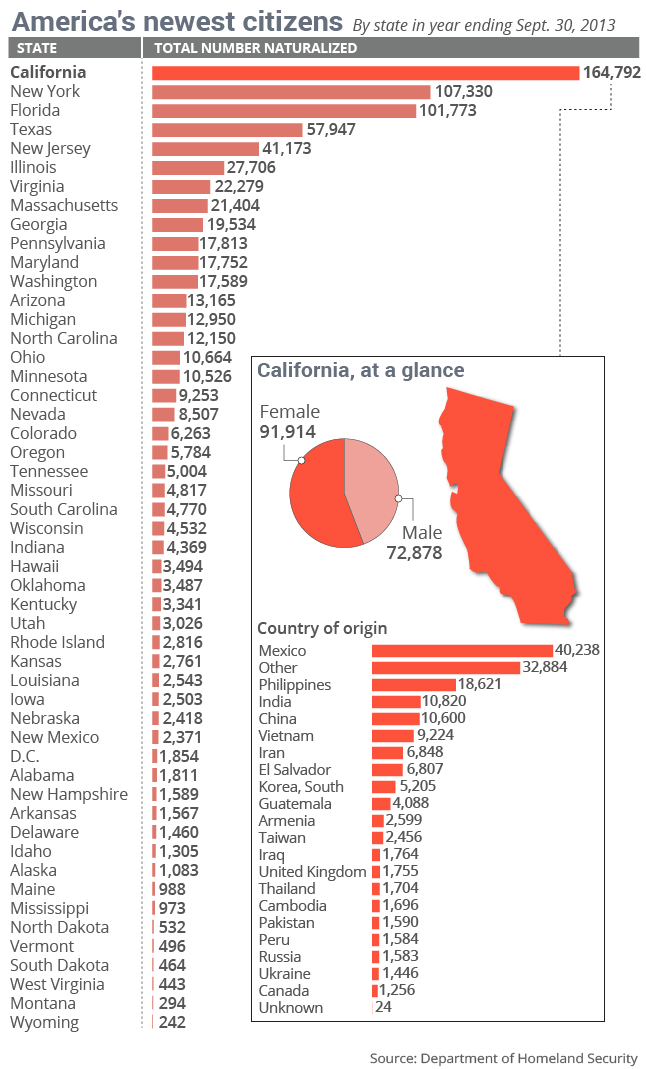