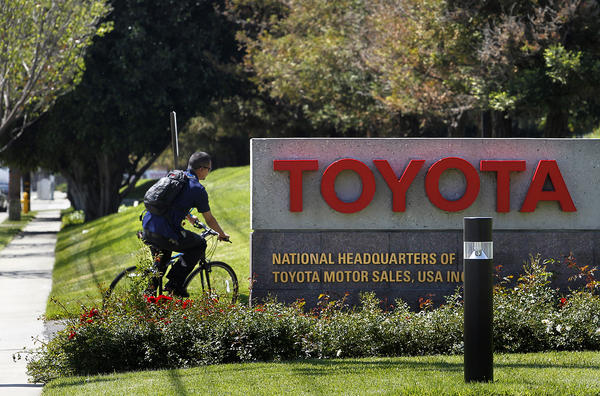 In what looks like a page out of Nissan’s playbook, another automaker, Toyota, is picking up stakes in the South Bay, part of the greater Los Angeles area, and taking its U.S. headquarters to Texas.  Toyota is the world’s largest automaker and the eighth largest company.

This means the direct loss of a total of some 3,000 jobs in Torrance, California, by 2017 when the relocation is expected to be complete. How the move will impact jobs at the many other SoCal-based companies that provide services to the automaker will be seen in the months and years ahead.

Nissan announced its move out of Southern California to Tennessee in 2005. The move resulted in the direct loss of about 2,000 jobs in the area, and an unknown number of other jobs through related service providers. One Japanese automaker will remain in the South Bay – American Honda – although last year it moved about 50 management positions to Ohio, which begs the question, will the estimated 2,500 other positions follow at some point?

As with the Nissan situation, business climate and cost savings were factors in Toyota’s decision to depart. Texas Gov. Rick Perry said the state’s employer-friendly mix of low taxes, fair courts, smart regulations and a world-class workforce were factors in the move, along with the state’s Enterprise Fund, which offered Toyota more than $40 million to move.

Meanwhile, in response to the announcement, California Gov. Jerry Brown said, “We have lots of little burdens and regulations and taxes, but smart people figure how to make it. As I always say, you get what you pay for.” Earlier, Brown had made another flippant remark about a Texas ad campaign to attract jobs to the state, calling it a “burp, barely a fart.”

Occidental Petroleum announced in February it would move its headquarters out of Los Angeles; it’s Texas-bound too. Earlier corporate HQ exits from California have included power company Calpine, which left San Jose for Texas, and the engineering company Fluor, which abandoned the OC also for Texas.

Tech products maker Apple last year announced a major operations center in Texas, and in 2012 San Francisco-based Visa announced a tech center in Austin for its credit card processing business. And while filmmaking continues to be associated with Southern California, an ongoing issue has been loss of film projects shot regionally due to high production costs.

On the one hand, California historically has been known as a place where innovation occurs, creativity flourishes and trends begin. In fact, when Nissan made its announcement, the outcry went out as to what a negative impact that would have on the company’s ability to develop innovative, competitive products by not being where “the action is.” The critics said moving would mean that the sales & marketing function would be out of touch with the newest trends and with one of the company’s significant markets (ultimately, the design studio remained in SoCal).

Of course, how much of that perception – California being the pulse of the nation – is just the manufactured image by the Hollywood Dream Machine is debatable. When the rubber meets the road, do those creative aspects and more intangible elements get thrown out, because, well, the bottom line is the bottom line?

But there’s no disputing that the state at a time not so long ago was indeed considered a choice spot to reside – before it started racking up so many negatives. Of course horrible traffic congestion is well documented, and the state routinely shows up on some of the lists of worst traffic areas.

Familiar too are California’s reputation now for sprawl, unchecked growth (the state is “controlled by developers” is a commonly repeated line), massive unchecked illegal immigration, “sanctuary” cities,  completely unaffordable real estate for average Americans, high costs for most every good and service, and unsustainable government programs and policies – the state has some of the country’s highest tax rates. Last year, in fact, it furthered burdens with an increase in personal income tax and sales tax.

Put simply, the state is out of balance, reliant on hefty taxation to support unsustainable policies. If the significant contributors continue leaving, what happens to the unsustainable debt burden and unfunded liabilities of the state? Who pays for the vast government structure that has workers retiring at an early age with generous pensions? Ditto for the huge cash outlays for social services (California has the highest state poverty rate) for millions of illegal aliens on the low end of the economic strata? If something can’t go on forever, it won’t.

Then again, perhaps Jerry Brown believes the new myth of huge job creation by immigrants and is looking to the millions of immigrants to save California, as good corporate jobs continue to leave the state.