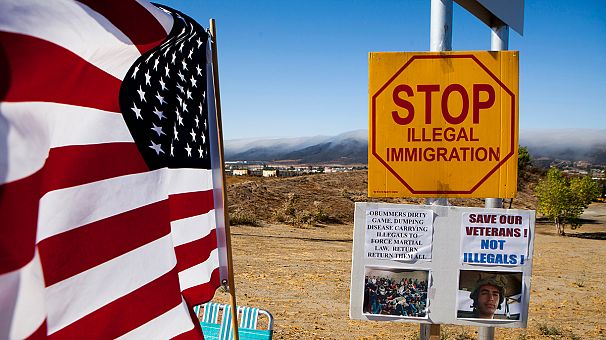 Immigration skeptics also correctly worry that Congress is too beholden to special interests like the Chamber of Commerce. In the rare instance when the legislators are well intended, they either can’t get the details right or loophole exploiters eventually abuse their original good intentions. The H-1B, supposedly a temporary worker visa, the J-1 student visa or the K marriage visas are today commonly used for, respectively, a renewable supply of pliant, indentured labor, cheap summer workers, and fraudulent Internet marriages, weddings motivated more for permanent U.S. residency purposes than by true love.

Given what’s known about congressional ineptitude and immigration lobbyists’ determination, it’s unsurprising that the influx of Central Americans can be tied directly an oddly named 2008 bill, the William Wilberforce Trafficking Victims Protection Reauthorization Act. Briefly summarized, the law states that once Central American alien children reach the U. S., they can’t be sent directly home. Instead, they must be turned over to the Department of Health and Human Services who oversee their safe placement, often with their already present alien parents.

The bill passed both congressional chambers by voice vote after which President Bush signed it into law. My informed guess is that no one in the House, the Senate or the White House read the bill because if anyone had, the obvious would have jumped out at them. Immigration advocates south and north of the border have a well-informed, well-funded network whose goal it is to advertise immigration loopholes. If Central American children must legally be protected once inside the U.S. and there are neither physical nor administrative road blocks to illegal entry, bunches of children will come. Then, as the word leaks out that it’s indeed true that the U.S. will release alien children, more busloads follow.

In a telling interview with the Los Angeles Times, former California U.S. Rep. Howard Berman, a co-sponsor of the 2008 bill, said he wasn’t sure if the law, despite its unintended consequences, needs to be changed.

On the grounds of wanting to ensure children’s safety, Berman dodged a reporter’s question about whether the Central America aliens should be loaded onto a plane and sent home. Berman did, however, acknowledge that he didn’t foresee that his bill would motivate thousands to flood into the U.S.

Had Berman asked himself back in 2008, as he should have, what could go wrong with such an easily exploited bill – basically everything as we’re now seeing – the current border mess may never have happened.