Zuckerberg also took the opportunity of his first-ever visit to Mexico as Facebook’s CEO to meet with Mexican president Enrique Pena Nieto. A late-minute addition to the Mexican boondoggle was Hillary Clinton. Not coincidentally, Zuckerberg, Slim, Pena Nieto and Clinton are major supporters of amnesty for 12 million illegal immigrants and also a more than doubling of current legal immigration by nearly 30 million new overseas workers within a decade. 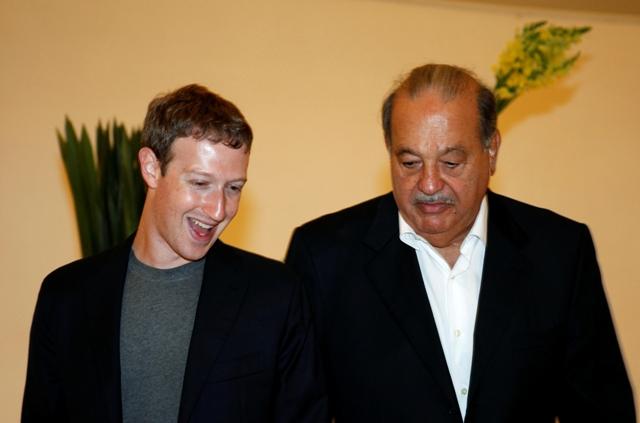 Neither Zuckerberg nor Slim is deterred by the significant layoffs in Silicon Valley or at The New York Times. In July, Microsoft announced it would lay off 18,500 workers, and Cisco Systems also announced an employee cutback this year of 6,000 workers. As well, Intel will close plants that will displace more than 5,000 workers. Since Slim’s 2009 loan to the Times, it has made a series of key personnel buyouts. At the end of 2014, Slim is expected to exercise warrants that will increase his stake in the media giant to 17 percent.

In a searing National Review op-ed in which he labeled amnesty-minded elites as “masters of the universe,” Alabama Senator Jeff Sessions made the point that while Zuckerberg doesn’t mind inviting cheap labor from around the world to the U.S. to displace American workers, he greatly values his own privacy. According to a Business Insider story, last year Zuckerberg paid $30 million to purchase four homes that surround his primary 5,000 square foot Palo Alto residence. See Zuckerberg’s mansion here.

Sessions challenged Zuckerberg and other Chamber of Commerce amnesty advocates to hire the “good, decent, and patriotic citizens of our country who fight our wars, who obey our laws, who follow our rules, and want a better future for their children.”