Today, the Bureau of Labor Statistics reported its strongest payroll hikes in four years. During November, employers, driven at least in part by earlier-than-normal holiday hiring, added 321,000 jobs. The November total is stronger than the 230,000 economists had predicted. The unemployment rate remained unchanged at 5.8 percent, while the U-6 unemployment dropped from 11.5 percent to 11.4 percent. 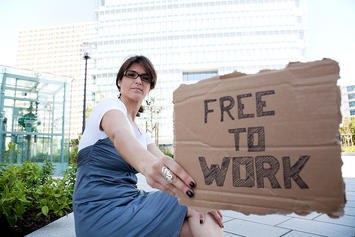 Other good news – or at least not bad news – is that average hourly earnings rose by 9 cents to $24.66, and the average workweek, labor force participation rate and employment-population ratio were little changed at, respectively, 34.6 hours, 62.8 percent and 59.2 percent.

As usual with mainstream media accounts of the monthly BLS reports, certain sub rosa truths are omitted that, if included, would give a more accurate picture of what’s actually going on and what the future holds.

In its November analysis, the Economic Policy Institute found that every state needs stronger job growth, especially in what it refers to as the prime-age employment-to-population ratio (EPOP), or the percentage of the population between the ages of 25 to 54 with a job. From the third quarter of 2007 through the third quarter of 2014, the share of Americans age 25 to 54 with a job declined by 3.1 percentage points, with some states experiencing a decline of 7 percent or more. EPI concluded that workers in every state would benefit from “policies that create more jobs.”

Please go to the CAPS Action Alert page here to tell Congress to use its power of the purse to defund President Obama’s amnesty that pre-empts America’s immigration laws and harms U.S. workers.