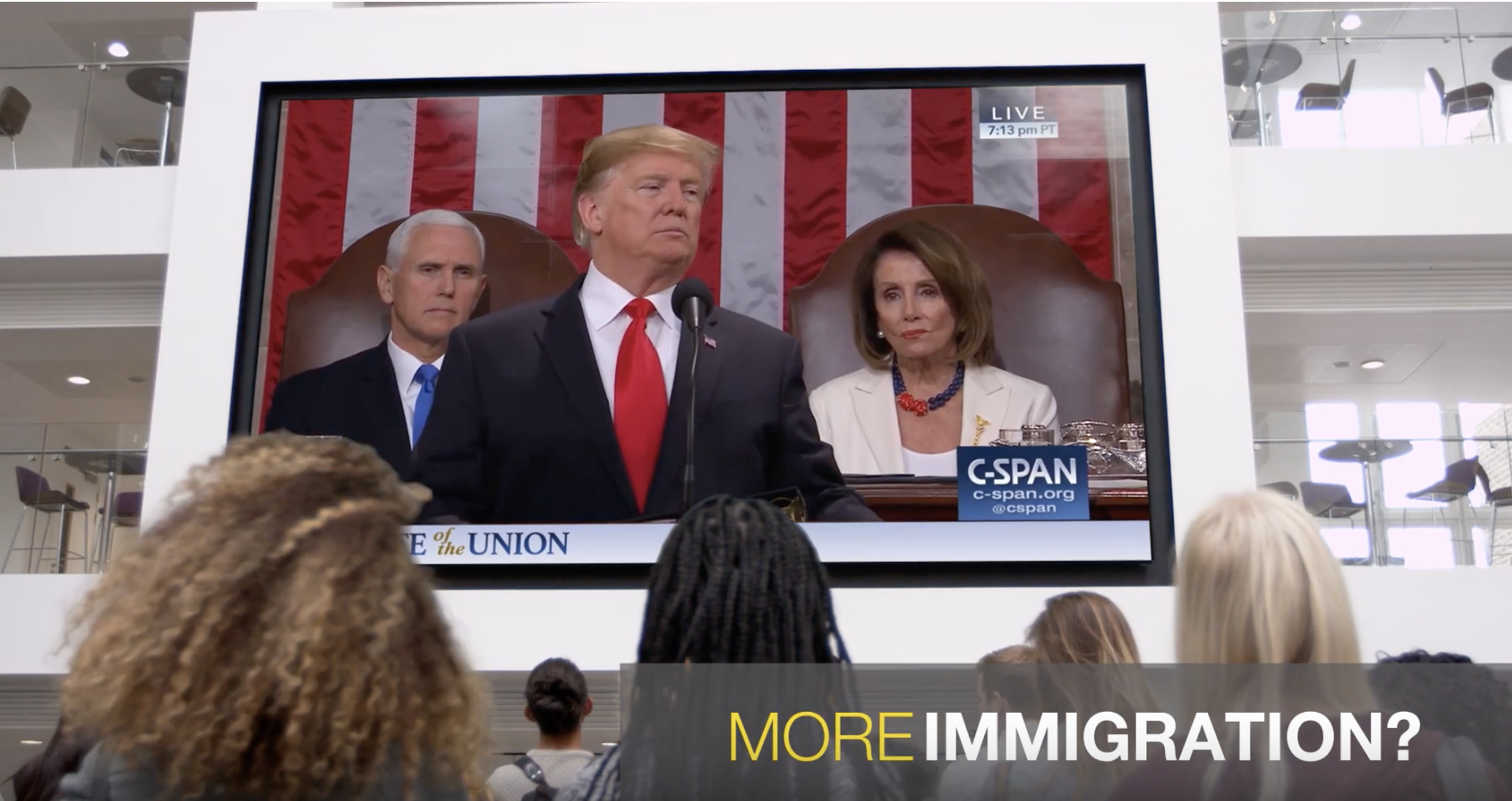 Which is why many Americans, especially those of us concerned with mass immigration, were disappointed when President Trump flip-flopped on his campaign promise to lower legal immigration levels, recently saying in his SOTU address that he wants, "people to come into our country in the largest numbers ever."

Californians for Population Stabilization (CAPS) took the President at his word, and launched a TV and digital ads in Washington D.C., Maryland, and Virginia asking why President Trump would call for increases in immigration and foreign workers when American wages just began rising.  The ads are scheduled to run six weeks.

CAPS Executive Director Ric Oberlink had this to say about wages and increasing legal immigration to the United States.

“Don’t working-class Americans deserve a raise after forty years?  The last thing our low-skilled workers need now is more immigration, more people who will compete for jobs and drive down wages.”

“As wages increase for our most vulnerable workers and more workers move back into America’s middle class, the vast income inequality gap in the U.S. could begin to narrow,” added Oberlink. “Trump deserves credit for that, but if he yields to cheap-labor interests and increases immigration, working-class wage gains will reverse. He’ll end up making Americans poor again.”