Upon being elected President of the United States, Barack Obama delivered a speech in which he said, in part, “Change has come to America.”

Bad as our immigration crisis has been for decades, it has gotten far worse in recent years. Now it’s quickly accelerating to the point of anarchy as our southwest border is swamped with illegal aliens, and the overflow reverberates across the United States.

This is potentially catastrophic for America and Americans.

While the immigration anarchists accuse those Americans who support secure borders and effective immigration law enforcement of being “anti-immigrant,” the precise opposite is true. Our immigration laws do not only specify what categories of aliens should be kept out or kicked out, but also provide for the lawful admission of more than one million immigrants each and every year. This is more than all of the other nations on this planet combined.

This is about being pro-enforcement.

Our immigration laws are utterly blind as to race, religion and ethnicity, and provide for the naturalization of hundreds of thousands of new citizens every year. Immigration laws also enable aliens who articulate “credible fear” to be granted political asylum. Further, immigration laws enable tens of millions of nonimmigrant foreign visitors to enter the U.S. each year as tourists, students and workers.

Today our immigration laws are not being enforced. Our borders represent little more than speed bumps to determined aspiring illegal aliens. The immigration benefits programs by which aliens are granted resident alien status, U.S. citizenship and other such changes in lawful status suffer from an extraordinary fraud rate. This undermines the integrity of the immigration system and, with it, America’s national security and the public safety of communities across this great nation.

The supposed “argument” both parties are engaged in is designed to distract Americans from the real issue – how to deter illegal immigration and effectively enforce our immigration laws.

It is remarkable that aliens who evade the inspections process are referred to as having entered the U.S. “undocumented” when, in reality, they entered the country UN-INSPECTED.

There is absolutely no other area of law enforcement where politicians and officials claim that, because so many people are violating the law, the government should then provide these violators with what they sought when they violated the laws in the first place! 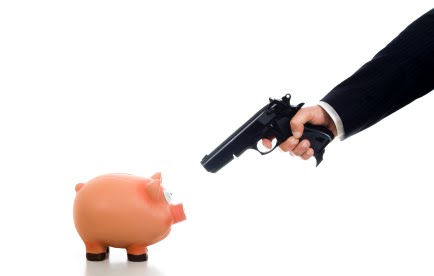 Think about it. Could you imagine an amnesty for bank “customers” who make “undocumented withdrawals?” Absolutely not! We refer to such law violators as bank robbers, and bank robbery is one of the areas of law enforcement where the federal, state and local governments work cooperatively to locate and arrest such individuals. Yet cities and states that provide sanctuary for illegal aliens are never chastised by the federal government, let alone punished.

The Clint Eastwood character, “Dirty Harry,” famously noted, “A man has got to know his limitations.” Countries, including the United States of America, need to know their limitations as well.

Not unlike a lifeboat filled to capacity, the U.S. cannot continue to admit limitless numbers of aliens without suffering dire consequences, especially if those aliens are not properly vetted for criminal histories, examined to make certain that they don’t suffer dangerous communicable diseases or would seek to take jobs Americans desperately need and want to keep their head above the financial waterline. 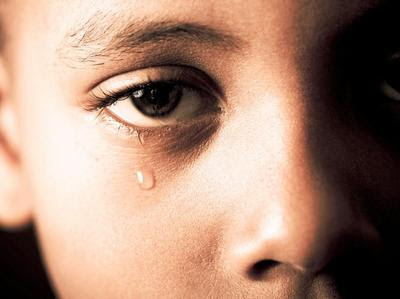 Indeed, it is estimated that mare than one in five American children is now living below the poverty line and the Labor Department has the unmitigated chutzpah to report that the unemployment rate for American workers stands at 6.1 percent, blithely ignoring the plight of nearly 100 million unemployed Americans and their families.

This is the equivalent of a surgeon telling the family of a patient who expired on the operating table that at least now he does not have a fever!

For years, the immigration anarchists who decry efforts to secure America’s borders and enforce America’s immigration laws have had great success in playing the “name game.” They use the bullying tactic of accusing their opponents of racism and refer to them as “nativists.” In reality, American minorities are suffering the highest levels of unemployment and poverty, and members of ethnic immigrant communities are suffering the greatest harm at the hands of transnational criminals who live and operate within their communities.

Finally, in the wake of the stampede of illegal aliens across our southwest border, Americans across the U.S. are protesting the administration’s strategy of moving illegal aliens around the country and into communities without even notifying the elected leaders of those communities. Irrespective of political party affiliation, the fundamental question all politicians need to answer is: Are you on the side of the citizens of the United States?