On December 2, 2015, Tashfeen Malik and Syed Farook carried out a terror attack in San Bernardino, California, that left 14 dead and 22 wounded. The guns the terrorists used are alleged to have been provided by Enrique Marquez. 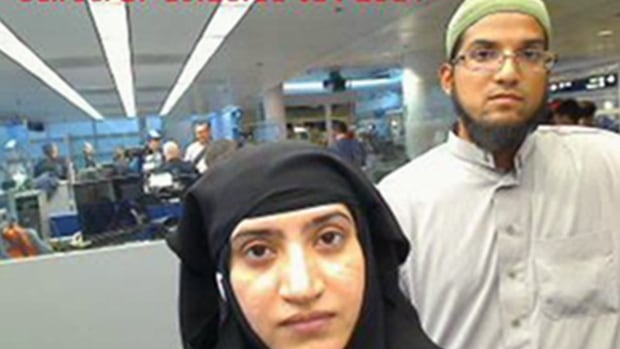 On December 3, less than 24 hours after that horrific attack, Enrique Marquez was scheduled to be interviewed at the San Bernardino offices of USCIS (United States Citizenship and Immigration Services) in conjunction with the application for lawful immigrant status he had filed on behalf of his Russian wife, Mariya Chernykh.

Consequently, five special agents of Homeland Security Investigations (HSI), a division of ICE (Immigration and Customs Enforcement), operating in conjunction with the Joint Terrorism Task Force, went to the office of United States Citizenship and Immigration Services (USCIS) hoping to locate Marquez, not only because of his allegedly providing assistance to the two terrorists who had carried out the deadly attack one day earlier, but because of concerns that he might have information or, in fact, be connected to upcoming attacks. Time was vital because of the concern that more terrorists might carry out still more murders.

Incredibly, the ICE agents were prevented from entering the USCIS office by the manager of that office, Irene Martin. It must be pointed out that both ICE and USCIS are agencies that operate under the aegis of the DHS (Department of Homeland Security). I wrote about this outrage situation in an earlier article, “Are DHS Leaders Seeking an MVP Award from ISIS? – The day after the San Bernardino terror attack, why exactly did USCIS managers block a team of ICE agents from entering their facility?”

Additionally, on April 28, 2016, ICE issued a press release about this case, “3 people tied to shooter in San Bernardino terrorist attack arrested on federal conspiracy, marriage fraud and false statement charges,” indicative of the fact that this “marriage” was actually a criminal conspiracy.

While the title I gave my earlier article was dripping with sarcasm, I could not have imagined that the actions of Martin would, in fact, result in an award, not from ISIS, but from DHS, the agency that, as its name implies, is supposed to provide security for America and Americans!

On March 16, 2016, Sen. Ron Johnson, the Chairman of the Homeland Security and Government Affairs Committee (HSGAC), requested that the Office of the Inspector General (OIG) of the Department of Homeland Security conduct an investigation into the circumstances surrounding this case.

On June 1, 2016, the OIG report of the investigation was made public and noted, in part:

“The JTTF believed that Marquez might accompany her to the appointment. HSI dispatched a team to go to the USCIS office to prevent any possible further attacks as well as to detain Marquez and Chernykh for questioning.”

The OIG report noted that the five ICE agents were wearing tactical gear and that they explained the importance of their mission and that time was critical. They were delayed by approximately 30 minutes and when they were finally admitted into the offices, they were brought to an interview room.

The OIG report provided this information about what transpired next:

“The Field Office Director told the agents they were not allowed to arrest, detain, or interview anyone in the building based on USCIS policy, and that she would need to obtain guidance from her superior before allowing them access. During this exchange, the agents also spoke by phone with the Acting Chief, Fraud Detection and National Security (FDNS), USCIS, Los Angeles. According to the HSI agents, he told the agents that it was USCIS policy not to arrest, detain, or interview on USCIS property.”

During my 30-year career with the former INS (Immigration and Naturalization Service) I was assigned as an adjudications officer and spent 26 years as a special agent. Agents and adjudications officers often cooperated closely and, indeed, depended on each other to do as effective a job as possible. Over time the relationship between the two operations eroded as successive administrations, from both political parties, sought to provide as many aliens as possible with immigration benefits and lawful status.

This perspective is irrational and encourages immigration fraud – an issue that the 9/11 Commission, to which I provided testimony, identified as a key vulnerability that enabled terrorists to enter the United States and embed themselves.|

However, the OIG findings made it clear that Martin obstructed the agents in an active and ongoing terrorism investigation and then misrepresented facts to their investigators. Both of these actions constitute felonies.

However, rather than facing punishment, which would also provide a cautionary note to other USCIS employees in future situations, the administration has seen fit to reward her. This sends a disastrous message to other DHS employees. When Fox News filed a FOIA application to find out why she was nominated for an award for valor the response was a terse, “No comment.”

Fox News filed a report about this egregious case, “Immigration boss who barred feds from terror suspect up for award, but agency won’t say why.”

Once again it would appear that DHS should be renamed the “Department of Homeland Surrender.”