Borders are a nation’s first line of defense and last line of defense against the enemies of that nation. In fact, it could properly be said that the primary role of our military is to keep America’s enemies as far from our shores (and borders) as possible.

However, “up close and in person,” the issue of border security becomes the domain and responsibility of the Department of Homeland Security and its component agencies charged with border security and the enforcement of our nation’s immigration laws from within the interior of the United States. 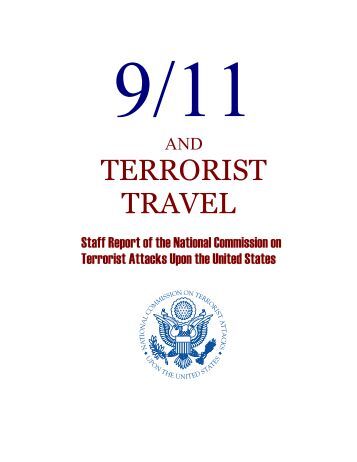 The report, “9/11 and Terrorist Travel – Staff Report of the National Commission on Terrorist Attacks Upon the United States,” began with this paragraph:

“It is perhaps obvious to state that terrorists cannot plan and carry out attacks in the United States if they are unable to enter the country. Yet prior to September 11, while there were efforts to enhance border security, no agency of the U.S. government thought of border security as a tool in the counterterrorism arsenal. Indeed, even after 19 hijackers demonstrated the relative ease of obtaining a U.S. visa and gaining admission into the United States, border security still is not considered a cornerstone of national security policy. We believe, for reasons we discuss in the following pages, that it must be made one.”

However, border security is a problem for globalists who see in secure borders impediments to their wealth. And, politicians who depend on political campaign contributions, by necessity, must take into account the demands of their campaign contributors, many of whom have globalist objectives.

Organizations such as the U.S. Chamber of Commerce and a host of other special interest groups that depend on the exploitation of the immigration system are eager to fill the campaign coffers of politicians irrespective of whether they are Democrats or Republicans in order to get “the best government money can buy.”

Today news reports on immigration often lack clarity and honesty. Frequently news reports appear to have been written by Orwell’s “Ministry of Truth” and the term “propaganda” comes to mind when considering them.

Consider that “propaganda” has been described thusly:

propaganda |ˌpräpəˈɡandə|
noun
chiefly derogatory information, especially of a biased or misleading nature, used to promote or publicize a particular political cause or point of view: he was charged with distributing enemy propaganda.

the dissemination of propaganda as a political strategy: the party's leaders believed that a long period of education and propaganda would be necessary.

All too frequently journalists have been participants in efforts to obfuscate the issue of immigration following the lead of Jimmy Carter, originator of the Orwellian term, “undocumented immigrant.” Their news reports foisted on Americans are part of what I have come to refer to as the immigration con game.

President Trump’s executive order to temporarily block the entry of aliens from seven countries parallels the findings and recommendations of the 9/11 Commission. Aliens from those countries cannot be effectively vetted; yet, major news organizations breathlessly exclaimed that aliens who had been issued visas were denied entry into the U.S., blithely ignoring the fact that aliens with valid visas are routinely denied entry into the United States by Customs and Border Protection Inspectors, an issue with which I am intimately familiar.

For the first four years of my 30-year career with the former INS I was an Immigration Inspector at John F. Kennedy International Airport. My article, “Aliens Guaranteed Entry Into The U.S.? – Trump’s executive order on immigration and the recommendations of the 9/11 Commission,” explained how a visa should be simply thought of as a “ticket” that enables an alien seeking U.S. entry to a port of entry and make an application for admission. However, an alien who has been issued a visa is not guaranteed entry into the country. Indeed, aliens do not have an inherent right to enter the U.S.; only American citizens do.

Furthermore, while nearly every news report identified those seven countries as being “majority Muslim countries,” ignored was the fact that the Obama administration had compiled that list of countries because they were identified with terrorism and were therefore extremely problematic.

Unfortunately too many Americans are “drinking the Kool-Aid,” an expression that refers to the deaths of more than 900 people who killed themselves or murdered their children, blindly following the insane exhortations of charismatic cult leader Jim Jones, in what came to be known as “The Jonestown Massacre.”

Those Americans should put down their straws and be relieved, not angered, that for once our government is seeking to protect innocent lives, putting safety ahead of the globalists’ anti-American agenda.