In October 2013, California encouraged illegal aliens to stay in the state and take advantage of its services by passing a law allowing them to obtain state driver’s licenses. This move seemed to conflict with the federal immigration law passed in 1996 that prohibited localities and states from offering a haven to illegal aliens. But the Obama Administration has declared that it will do nothing to stop this practice. Interestingly, this is the same administration that sued states which tried to enforce immigration law by claiming that federal law precludes states from acting on immigration. 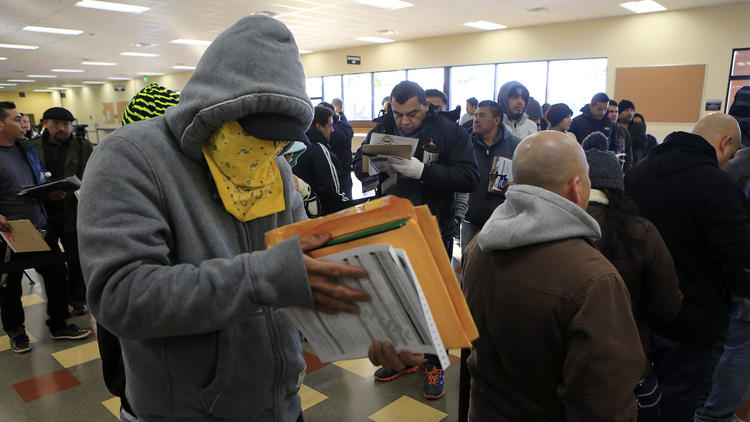 Since January 2015, nearly 500,000 illegal aliens have applied for California licenses, a number which has greatly surprised officials at the Department of Motor Vehicles (DMV) who were anticipating a total of 1.4 million over a span of three years. “The interest in this program is far greater than anyone anticipated,” said Jean Shiomoto, director the DMV.

One reason for the surge was that various illegal alien advocacy groups worked hard to encourage a big turnout. Assisting them were elected officials, foreign language media and – rather ironically – law enforcement agencies. Other possible reasons for the surprising surge of applications are that there are more illegal aliens in the state than the current estimate (around 2.5 million) and that some of the applicants were illegal aliens from other states who decided to take advantage of California’s offer.

The law was written to prevent outsiders from applying by requiring applicants to show documents proving that they reside in California. DMV says that 90 percent of applicants have produced the necessary papers. One wonders though if examiners had adequate time – given the deluge of applications – to check the documents thoroughly. Illegal aliens have shown time and again that they are quite resourceful in coming up with bogus documents.

In any case, the overwhelming turnout proved baseless the expressed concern of illegal alien advocates that many of the potential applicants “living in the shadows” would be afraid to come forward and reveal their illegal status. Evidently, these advocates were victims of their own propaganda. Illegal residents of our country have no reason to hide in shadows when they have so much encouragement to flout our laws and get benefits.

And the encouragement keeps coming and coming. Top leaders of the California Assembly have announced their support of a package of bills entitled “Immigrants Shape California.” Among the proposals in this package is one to extend Medi-Cal and other benefits to illegal aliens. State Senator Ricardo Lara (D-Bell Gardens) says the extension would cost between $400 and $800 million a year. Some supporters justify it by saying that health care should be a “human right,” regardless of anyone’s legal status. None of them show much concern for the rights of citizens who will have to pick up most of the tab.

State Senate President Pro Tem Kevin de Leon (D-Los Angeles) explained the origin of the “Immigrants Shape California” title. “Our infrastructure, our railroads, our roads, and bridges were built by immigrants,” he maintains. Whether they were legal or illegal doesn’t seem important to him, nor does the fact that the primary builders of California always have been native-born citizens and legal immigrants. Largely responsible for their success was their respect for the rule of law.

Putting all the rhetoric aside, it’s obvious that politicians like Lara and de Leon are cultivating illegal aliens as future voters in the event they get amnesty and a “pathway to citizenship.” It’s time to bring their shady agendas out of the shadows and into the light of public scrutiny.