On the surface, the March 2014 Bureau of Labor Statistics report is a step in the right direction. On Friday, BLS announced that the economy added 192,000 jobs and that the unemployment rate remained steady at 6.7 percent.

But before celebrating, many other factors should be analyzed. A crucial one to study is under-publicized P2P, the payroll to population ratio that Gallup, Inc. issues monthly. The P2P metric as tracked by Gallup calculates the percentage of the U.S. adult population age 18 and older that is employed full time for at least 30 hours a week. In March, P2P was 42.7 percent, down slightly from February’s 43.1 percent, but higher than the 42 percent in January. 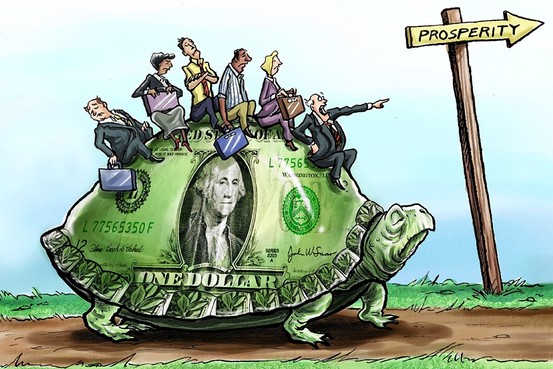 Economists are nearly unanimous that the U.S. is experiencing the weakest post-recession recovery in history, the slowest on record since the Labor Department started tracking the data in 1939. Most jobs pay under $20 an hour.

Yet, the all-out press for an amnesty bill which would legalize 12 million new workers and more than double legal immigration inexplicably continues uninterrupted. The flow of millions more overseas workers, plus granting work permits to 12 million formerly unemployable aliens (because of their immigration status), would devastate jobless Americans.