I almost blanched when my state’s governor, Susana Martinez, recently numbered among governors calling for no Syrian refugee admissions until the system can be fixed.

I shed many tears watching the refugees trudging, exhausted, across hundreds of miles, with tiny children and a few possessions in hand. The “reception” they received was often callous, sometimes hateful.

The situation was inexcusable in an era when massive human migrations are common, and the world should be prepared to quickly care for and shelter massive numbers of people.

But then, I remembered the bird rehabilitator, a Mexican-born naturalized citizen, living in the chaparral and mesquite-carpeted expanses of sun-baked desert outside Las Cruces, New Mexico, back dropped by craggy desert peaks.

I’ve decided that, for now, especially with President Obama’s not-great record on border enforcement, that my lovely Hispanic New Mexico governor has it right.

I’ve also decided that it’s time for national reporters to stop presuming to define solutions – we should welcome Syrian refugees with open arms, permanently – rather than do as they should: report on events as they happen and leave solutions to others.

As to the bird rehabber, my daughter and I had found an injured dove lying at the edge of I-25 as it cuts through Las Cruces, bound for El Paso, Texas, and Juarez, Mexico, not far to the south. I was soon talking, via phone, to a licensed bird rehabilitator east of Las Cruces, in an area notorious for human smuggling, thousands of illegal border crossers and a constant aura of danger.

I had warned my daughter, who at the time had a horse stabled nearby, that if she saw an illegal border crosser in trouble, call for help, and don’t act alone. I, through my immigration activism, knew too many stories: a young park ranger murdered near Tucson, an elderly rancher beaten half to death, a rancher killed as he tried to help what he thought was an illegal border crosser in trouble. 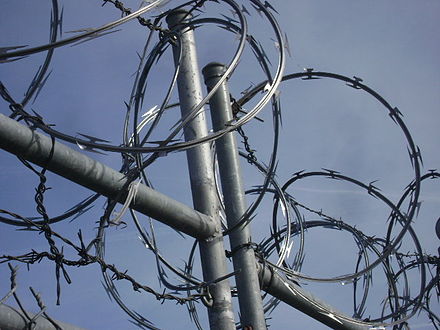 The bird rehabber gave directions to her house, plus some no-compromise instructions. We were to drive up, park, call her on our cell and she’d come out to meet us. As it turned out, it was with a shotgun in hand. She unlocked a gate in a high concrete wall topped with concertina wire and explained that many times, before that wall, she or her husband had returned home to find their house broken into and, twice, illegal border crossers held them at gun point as they helped themselves to food, drink, baths, money, whatever.

Such stories are common, from deserts trashed as border crossers drop what they no longer can carry, to wild game poached for food, to people by the thousands and sometimes even vehicles – very large vehicles – commonly crossing in certain areas. And, we all understand the politics. Border Patrol, which lists preventing Weapons of Mass Destructions from being brought in as a priority, is constantly pressured by Washington to not do border enforcement too well.

A reason – cited in the Declaration of Independence – for our split with England was their failure to protect our borders. It seems we’re back to square one, with a government not engaged in effective border control and focused solely on increasing immigration that most of its citizens instead want reduced.

Though many have tried to pretend otherwise, clearly, lax border enforcement played a part in 9/11, planes flown into huge buildings by those here illegally. Meanwhile, a bird rehabber in a lonely stretch of New Mexico desert must live almost a prisoner in her own home.

We must stop assuming the only solution to every refugee crisis is to pull them to our bosom and to American soil. And, no, open-armed immigration, despite media depictions, is not our tradition. Founders Washington, Franklin and Jefferson all stressed that immigration – if it occurs at all – should serve the needs of the nation first. Until the 1960s, immigration was made to serve the national well-being. It must be made that way again.

The world must find real solutions to humanitarian crises. First, a short-term world emergency response to care for the displaced compassionately, and then a global effort to force solutions so that Syrians – or whomever – can go where they really want, which is home!