Immigration has emerged as the critical issue in the Presidential campaign. Most of the candidates have agreed the U.S.-Mexico border must be made secure, although former Florida Gov. Jeb Bush has declared that securing that border and deporting illegal aliens would simply cost too much.

Incredibly, Jeb has declared illegal immigration to be “An act of love.” I would suggest that he is looking for love in all the wrong places! Why not show some love for Americans of every ethnicity who are losing their jobs to foreign workers? Illegal aliens tend to take the low-rung jobs on the economic ladder, while, increasingly, foreign workers granted H-1B visas are displacing experienced American high-tech workers. 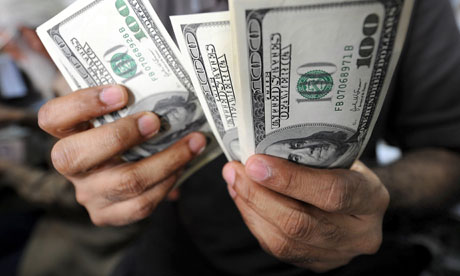 When you consider the massive amount of money being wired home by foreign workers in the United States – both those working illegally and those working legally – the remittances may amount to more than $200 billion annually. Stopping that flow of money would more than pay for effective immigration law enforcement – and the savings would not stop there.

Americans also are losing their lives in violent crimes at the hands of illegal aliens who are members of transnational criminal organizations.

New Jersey Gov. Chris Christie has repeatedly said that with so many illegal aliens in the U.S. who have violated the terms of their admission, we need to have someone “tap them on the shoulder and remind them that they were supposed to go home.”

This was the gist of the August 30, 2015, MorningTicker article, “Track illegal immigrants like FedEx packages: Christie: Presidential candidate would ask FedEx to help design a tracking system for immigrants.”

On September 3, 2015, FrontPage Magazine published my article, “Keeping Track of Visa Violators – The overlooked source of the nation's illegal immigration problems that people are finally talking about,” in which I noted that Accenture had been given a $10 billion contract in 2004 to track the entry and departure of nonimmigrant aliens. That program still does not work.

Gov. Christie has repeatedly stated that he had been a tough federal prosecutor. If anyone should understand how law enforcement works, you would think it would be Christie. I wonder if he is willing to order his state police to stop speeding motorists and tap them on their shoulders to remind them that they’re exceeding the speed limit. Would Christie be willing to have police simply tap a burglar on his shoulder and remind the offender that he should not have broken into someone else’s home?

Aliens who violate the terms of their admission into the U.S. do not violate those laws by accident. When they violate the terms of their admission by illegally working, they did not accidentally take a job. Foreign students who fail to attend schools to which they were admitted are not being forgetful. They don't need to be reminded; they need to be arrested and removed (deported) from the country.

There are many millions of illegal aliens here who violated the terms of their admission, but there are only a relative hand-full of ICE (Immigration and Customs Enforcement) agents to carry out numerous immigration law enforcement missions. Christie has said nothing about who would do all that tapping or what will happen if these aliens ignore that “tap on the shoulder.” Dr. Ben Carson has proposed giving the millions of illegal aliens six months to come forward and be registered. If they have “pristine backgrounds,” he would allow them to become part of a guest worker program; he asserts we have a shortage of farm workers.

It is hard to imagine the U.S. needs tens of millions of farm workers. Chuck Schumer had a similar concern for farm workers and created the SAW (Special Agricultural Program) as part of the 1986 Amnesty. That program was rife with fraud and even enabled a terrorist, Mahmud Abouhalima, to gain amnesty in the U.S. when he falsely claimed he had been a farmer who had picked beans in Florida. The only thing he ever planted was a bomb in the World Trade Center garage in 1993 that killed six innocent victims, injured more than 1,000 and inflicted $500 million in damages to that iconic centerpiece of lower Manhattan.

Immigration fraud was, in fact, identified by the 9/11 Commission as a key means for terrorists to enter the U.S. and embed themselves as they went about their deadly preparations.

What Dr. Carson may not realize is that because we are dealing with a population of so many millions of illegal aliens that there would be no way to conduct in-person interviews and no way to conduct field investigations to verify the information in their applications. As for “pristine backgrounds,” all too often running fingerprints of foreign nationals from Third World countries fails to disclose their true histories.

And journalists need to ask candidates if they have read the 9/11 Commission Report and understand how failures of the immigration system – a system still not fixed – were at the root of the worst terror attack ever carried out on U.S. soil.