Mohammad Al-Abaan is a Syrian who recently migrated to Germany. Talking about recent arrivals, he said, “Look at them! They pretend to be migrants from my country, but they lie. Their skin is blacker than ours. I know they are Arab-speaking Muslims from Sudan in Africa. Every day, more Africans, Afghanis, Iraqis, Iranians, Lebanese, and lots of others, slip through the door opened by Germany to us Syrians.”

For some time now the Syrian refugee crisis has captured world attention. Refugee advocates maintain that Europe and the United States are morally obligated to take in hundreds of thousands or perhaps millions of Syrians who have fled or want to flee the terror and hardships of their country’s ongoing civil war. This call for compassion moves many people, but they might consider that compassion unbalanced by concern for truth and practical consequences is a pathway to disaster. 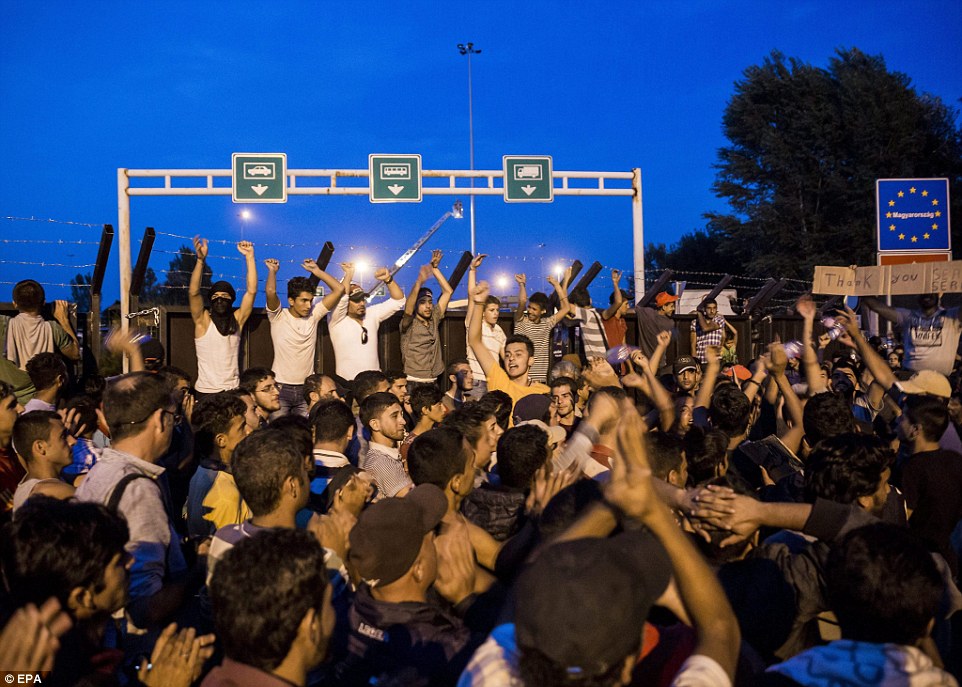 The first question we should ask is whether most of the migrants seeking haven are Syrians fleeing war. Mr. Al-Abaan’s observations suggest that perhaps quite a number aren’t. And that perception gains credibility from the European Union’s official statistical agency, Eurostat, which found that only one in five migrants who arrived in Europe this spring and early summer was Syrian. Since then the percentage of Syrians seems to have risen, up to 40 percent. For the rest of the migrants, the war in Syria was not why they left home.

This raises another pertinent question. Are most of the migrants, Syrian and non-Syrian, genuine refugees? The answer is important because the U.S. and European countries have signed agreements to accept people with that official designation. But how exactly is refugee status defined in law? Basically, it states that a refugee is someone with a “well-founded fear of persecution” due to his ethnicity, religion and other characteristics.

Traditionally this has meant a personal fear of harsh persecution, but more recently, immigration advocates have diluted this meaning to include people who are members of groups which may face degrees of injustice, but not personal threats to life and limb. But even this watered-down definition may not apply to a lot of the migrants now trying to relocate.

They appear to be people trying to improve their economic prospects more than anything else. Many commentators have noted that a disproportionate percentage of the migrants are men, particularly young men. If an entire community truly fears for its safety, then it follows that a representative cross section of that community in terms of age and gender would flee. Young men alone are more likely to be economic pioneers. Also, it’s significant that many of these “refugees” pass through poor countries like Greece – where they could find safety – but head for rich countries like Germany and Sweden where the public benefits and job opportunities are much better.

That is not to say many or most of these migrants aren’t fleeing unpleasant circumstances, including poverty and corrupt and oppressive governments. But these conditions do not entitle them to refugee status.

Europe and the United States are setting a dangerous precedent by offering haven to people who are essentially economic migrants. There are hundreds of millions of people in the world living in difficult situations who could take this as a signal that they might come too. The ensuing exodus wouldn’t improve their countries, but it would swamp the countries of destination. No positive good could come from the resulting chaos. The best strategy for helping people worldwide is encouraging and helping them to better their lives where they are.

As for genuine refugees, it is better to encourage them to resettle in nearby lands where a similar culture will help them feel at home. Typically this arrangement is a more cost effective use of aid funds than admitting them to the U.S. or Europe. Also, nearby resettlement makes it easier for refugees who miss their homelands to return when conditions there improve.

The plight of refugees and other migrants stirs most people to sympathy, and so it should. Even so, caution is in order. Sympathy without the discipline of realism is little more than emotional self-indulgence – a kind of moral posturing which is neither moral nor beneficial to anyone.