A study recently published in the prestigious scientific journal Proceedings of the National Academy of Sciences (PNAS) reached the unsurprising if not banal conclusion that: “because of…demographic momentum, there are no easy ways to change the broad trends of human population size this century.” 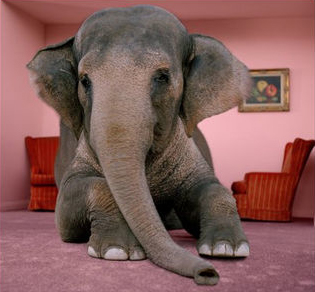 The paper’s title also summarizes its conclusion. To wit: “Human population reduction is not a quick fix for environmental problems.” Co-authors Corey Bradshaw and Barry Brook at the University of Adelaide in Australia acknowledged the key role of the population explosion in human overexploitation of the Earth’s resources, and they indicated strong support for voluntary family planning measures.

… we should implement global-scale family planning to reduce as much as possible. Hundreds of millions fewer people stressing our planet’s resources and biodiversity could result if we do, and if we don’t start somewhere, slowing the speeding car in the future will be even more difficult than it already is.


Population activists are deeply dismayed by the disturbing reality that world population growth continues almost unabated at 80 or more million a year; U.S. activists in particular are just as dismayed and aggravated that the U.S. population has been climbing inexorably by 2-3 million every year for decades on end, with little hint of slowdown. Stabilization, to say nothing of the needed reduction to more environmentally sustainable population levels, is not even on the horizon.

Thus, Bradshaw touched a raw nerve with many population activists exasperated and exhausted by decades of apathy, neglect or outright censure by governments, foundations, the environmentalist establishment, the news media and the public at large with an unfortunate choice of words in his PNAS paper – “elephant in the room.”

Bradshaw wrote that he and Brook:

…have at various times been faced with the question by someone in the audience that we were ‘ignoring the elephant in the room’ of human over-population.’


Prof. Jane N. O’Sullivan of the School of Agriculture and Food Sciences at the University of Queensland spoke for many population activists when she wrote:

Each year of delay in implementing [an effective, widely adopted family planning program would add close to 100 million people to the peak population. Which adds to my exasperation that Bradshaw and Brook essentially hose down the priority for action to curb population growth…An elephant in the room doesn’t cease to be relevant just because you decide that there is no near-term way of getting it out.


Our dilemma is this: while slowing, stopping and then reversing population growth are absolutely crucial to reducing human impacts on the environment, from year to year any progress is incremental, barely noticeable. And the immediate environmental benefits are elusive if not invisible.

Given our short attention span and our fickle human natures and cultures, it is difficult to sustain support for such a long-term endeavor. Yet if population is allowed to grow unchecked, after half a century or less of such wanton, exponential growth, villages can become towns, towns can become cities, cities can become megalopolises, wilderness can become wasteland, and fish-filled lakes can be emptied of fish, depleted of oxygen and filled with garbage. In order to bolster broad support for population, family planning and reproductive health programs domestically and internationally, we must emphasize the very real and immediate benefits they confer on individuals – especially young women and mothers – and on families.

Earth’s swarming multitudes of desperately impoverished folks – both in rural areas and cities – suffer acutely and more than anyone else from their own incessant population growth. There are more mouths to feed than food to put in them. Family farming plots are subdivided generation after generation to the point that they can no longer support a family. Accelerating biodiversity loss around the world is more closely associated with population pressure than overconsumption.

Opting for quality over quantity is a good investment in the future for families and the planet alike.