In my 20s as a teacher, each summer I pedaled to distant countries to discover people, cultures and landscapes. I rode my bicycle in many countries to see incredible landscapes, rivers and cities. During those years, I remained naïve, innocent and totally out of touch with the challenges facing the human race.

Yes, I witnessed poverty in Mexico. I saw overcrowding in Europe. I pedaled my bicycle into Chicago for a taste of gridlock traffic and air pollution.

In my 30s, I crossed the Nullarbor Plains, also known as the Outback of Australia. Hot, dry, flat and sandy! Kangaroos, wombats and emus greeted me during my bicycle travels. South America stunned me with its beauty.

Through it all, I remained a kid on a bike. I never put two and two together. But as I traveled through more poverty-stricken countries, it dawned on me that they couldn’t educate their children because they lacked schools, books and resources.

It wasn’t until I reached Asia that a complete paradigm shift overwhelmed me. From Hong Kong’s congested seaport with millions of people packed into tiny shoebox-apartments rising up everywhere, I witnessed people crammed and crushed into dwindling space. But as I pedaled my way north toward Beijing, the sheer numbers of people stacked up on each other caused a mental shift. 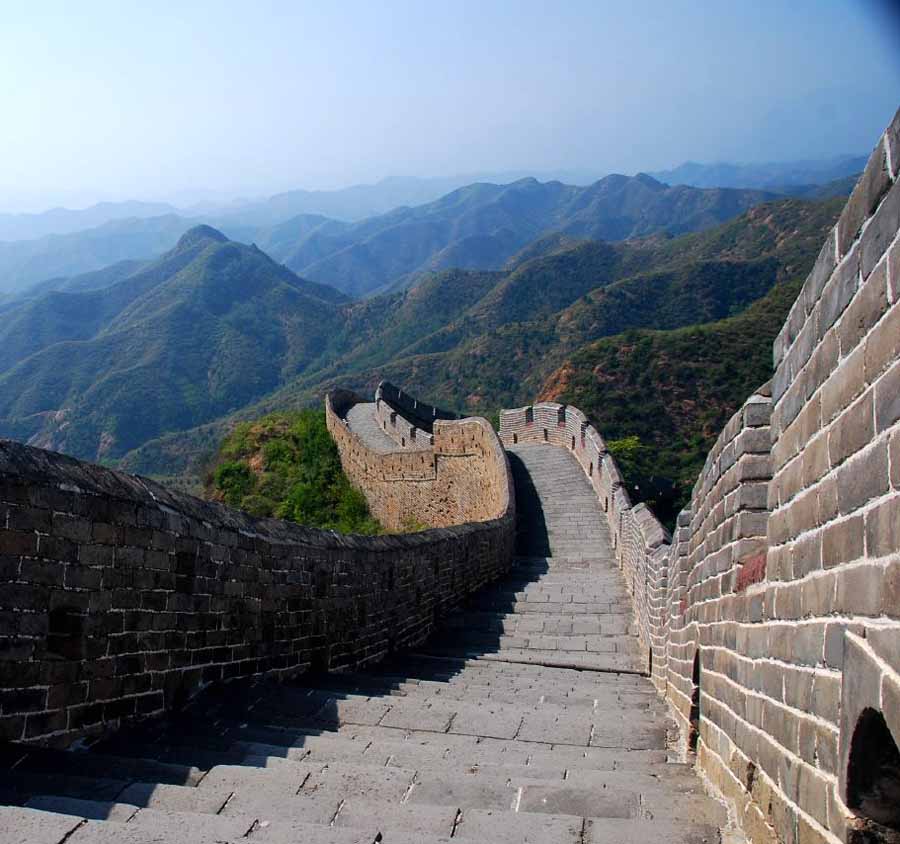 In that fall of 1984, after reaching the Great Wall of China, I grabbed a junket cruise on the 3,915-mile long Yangtze River. What I saw shocked me into a whole new understanding of human overpopulation. The Chinese threw every kind of waste into the river. Trillions of gallons of sewage swept downstream. Every kind of household and industrial chemical poisoned the waters. The river couldn’t be used for human, animal or industrial purposes. Plastic trash of every kind floated or dragged along the river.

Millions upon millions of Chinese do not enjoy running water and toilets. Millions defecate and urinate onto the land and into the water systems. They drink contaminated water and breathe polluted air.

When I took my walk on the Wall of China, I stood on one of the parapets gazing north across gorgeous mountains. I muttered to myself, “Man, humanity is in big trouble.”

At the time, a cyclist, Woogi Shin, from Korea walked up to me, speaking perfect English. We chatted, took a few pictures and then rode south together. He said, “I don’t know about you, but this is such a mess that there is no way to solve it…I mean, how do you stop the water pollution and the air pollution with so many people? It’s like a ‘thing’ that you can’t tame and you cannot correct.”

“You know, Woogi,” I said, “I never understood any of the talk about population back in the states. I read Paul Ehrlich’s book, ‘The Population Bomb,’ but it didn’t dawn on me until China.”

“What are you going to do?” asked Woogi.

“Write and speak to all Americans in order to help people stop what’s coming to our country,” I said. “Americans don’t know what they don’t know.”

“You need to educate them,” Woogi said.

“You got that right,” I said