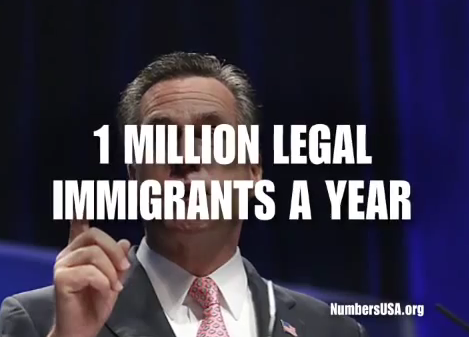 Today’s hottest Capitol Hill topic is jobs. But the debate doesn’t directly center on how to best put 22 million unemployed and underemployed Americans back to work. Instead the focus is on whether the United States needs more foreign-born workers.

President Obama, his biased and ineffective Council on Jobs and Competitiveness, Congress and the Republican presidential candidates agree resoundingly that, yes, America has a shortage of high skilled workers especially in the science, technology, engineering and math fields—so called STEM occupations. With the big business lobby’s feverish support, the nation’s elite illogically insist that more overseas labor creates more American jobs. Accordingly, as many as 15 different Congressional bills designed to drastically reduce or eliminate caps on non-immigrant worker visas like the H-1B are currently moving forward.

Advocates for unrestricted visas completely ignore ample evidence from Washington, D.C.-based non-partisan think tanks like the Sloan Foundation that no STEM shortage exists. Among its findings are that the number of STEM students graduating each year from U.S. universities far exceeds the number of new jobs.

While U.S. corporations incessantly cry wolf about a tech talent shortage, industry data indicates there are as many as 200,000 tech workers unemployed across the country today.

Over the Christmas season, I watched an HD.net special hosted by Dan Rather that showed the human impact on displaced American workers. Titled No Thanks for Everything, the program interviewed four Americans fired by Microsoft, Blue Cross, Honeywell and American Express. All four told identical stories. Because their replacements had inadequate skill sets, the Americans had to train them. Then, they were fired. Since being dismissed, none can find a job. Some can’t even get interviews.

While it’s shocking to realize that middle-aged Americans who have worked for their companies for decades are cravenly tossed aside and replaced by temporary (but actually permanent) H-1B visa holders, the legislation functions exactly as it’s intended to.

That is, employers easily substitute foreign nationals eager to work for less. Corporations who apply for and hire cheaper labor face no meaningful oversight. Although fraud is widespread in the H-1B program as well as in other non-immigrant visa categories, the financial consequences when caught are significant.

Being displaced, undercut and traded in for younger, cheaper but not better talent is the reality of today’s job market for dismayed and disbelieving Americans.

To fully understand America’s elected officials’ deceit, deception and subversion perpetrated against the middle class working population, consider Cree, the North Carolina company that President Obama chose as the backdrop for his job summer jobs initiative. According to U.S. Department of Labor records, Cree has filed dozens of H-1B applications in recent years.

If you’re lucky enough to have a job, don’t consider yourself safe. In an instant you can be replaced. If you have school age children, pay attention to what’s going on in Washington. Those who come to America on temporary visas rarely return home. They’ll be around—and working at jobs you and your kids would like to have—for years.

Joe Guzzardi has written editorial columns, mostly about immigration and related social issues, since 1986. He is a Senior Writing Fellow for Californians for Population Stabilization (CAPS) and his columns are syndicated in various U.S. newspapers and websites. Contact him at [email protected].