That might not seem like a lot, but it was enough to push the city’s population over the 4-million mark — to 4,041,707, according to a new state report.

The milestone isn’t much of a surprise, given that other studies already put the city’s population at 4 million. But it’s a mark that underscores Los Angeles’ place as the dominant population center in California.

California was in the midst of post-World War II suburbanization. Much of the city was developed before the war, but the 1950s saw vast housing tracts going up in the San Fernando Valley.

Milestones: Los Angeles came out of World War II poised to become an economic powerhouse, thanks in part to defense spending. 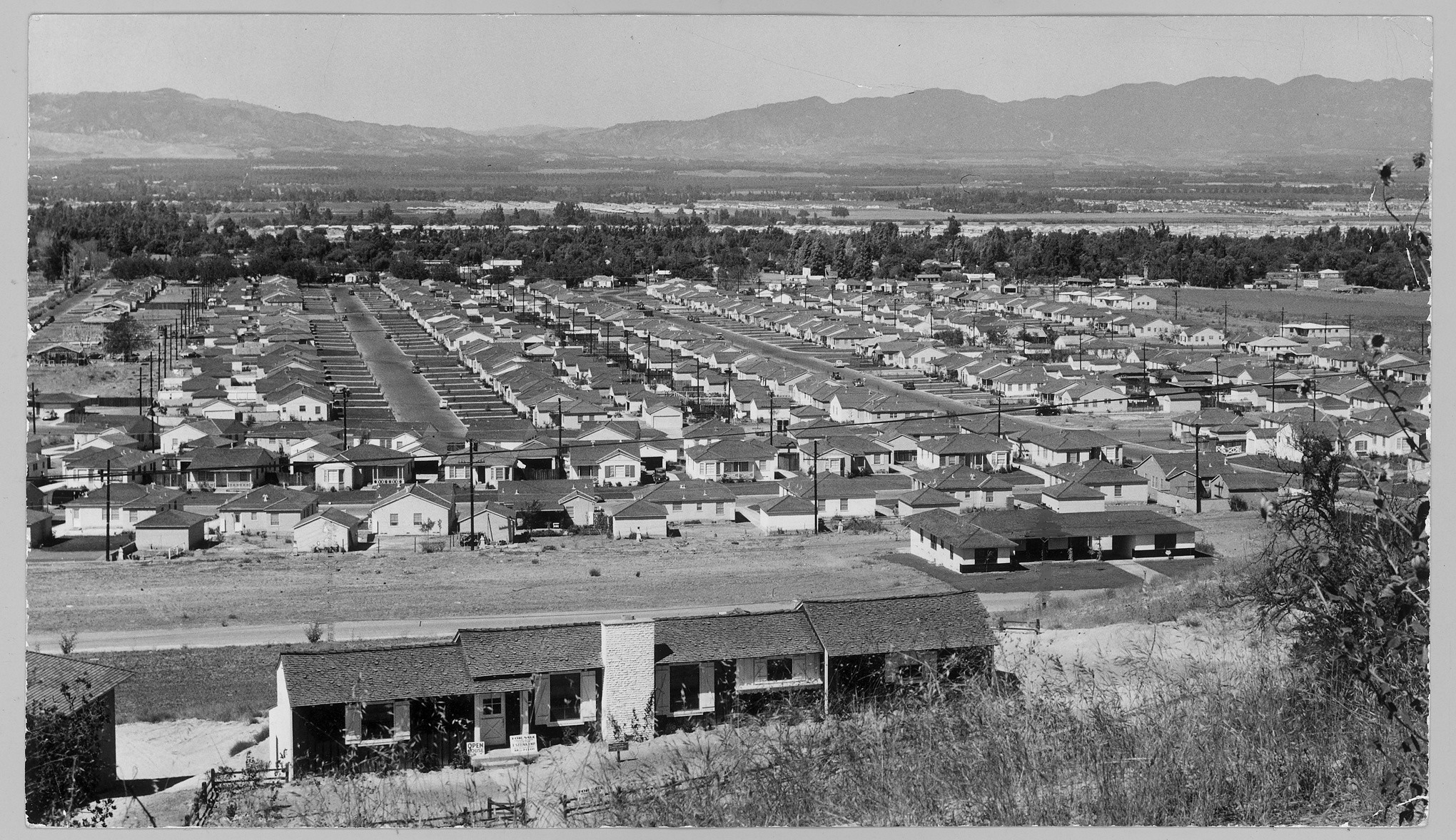 Tract homes line the streets of Encino in 1950. (Associated Press)

As the move to more suburban-like neighborhoods continued, the city’s population surged. Signs of decline in the central city, however, were becoming apparent. 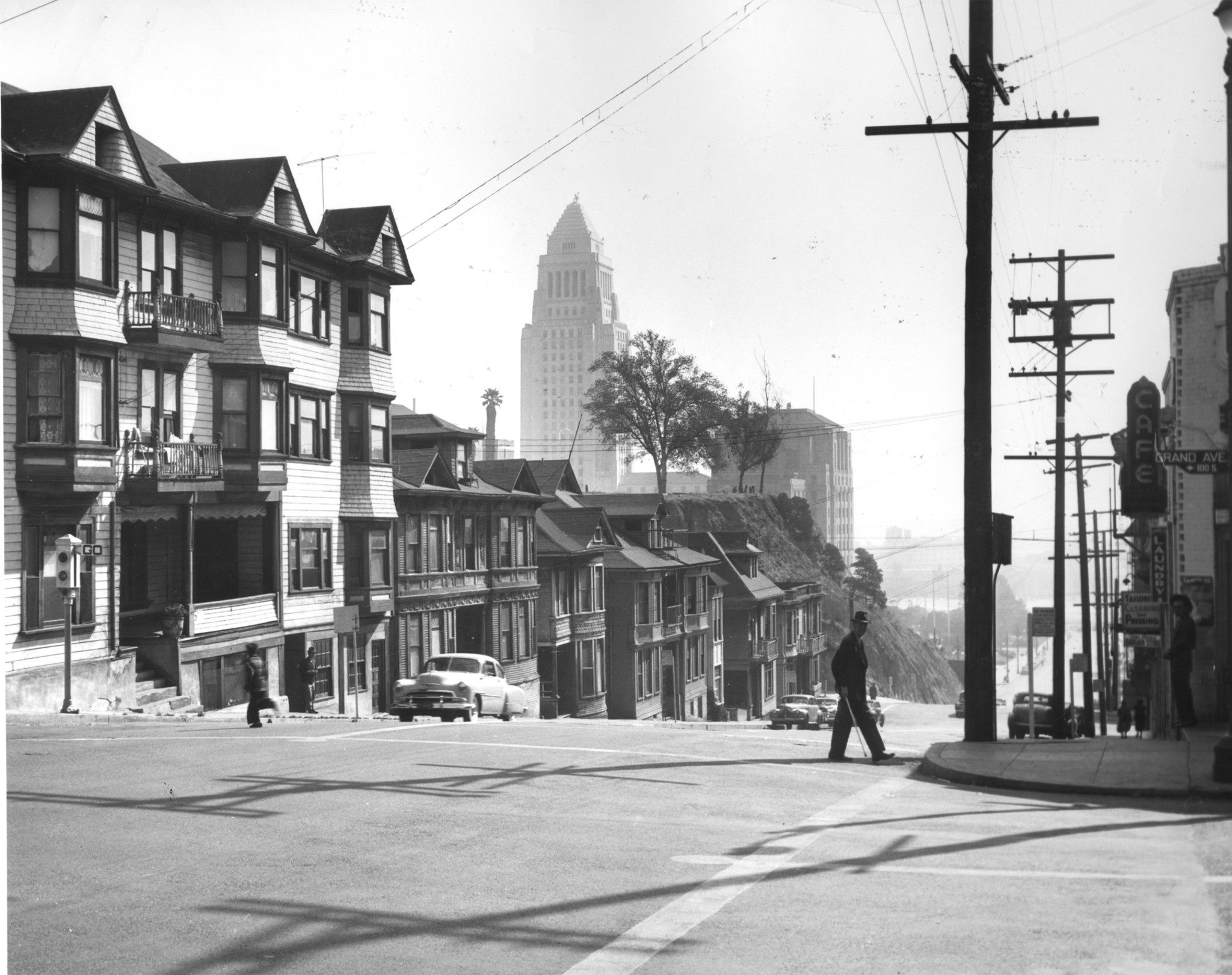 By 1970, downtown L.A. had started to look more vertical, with the rise of skyscrapers the decade before. 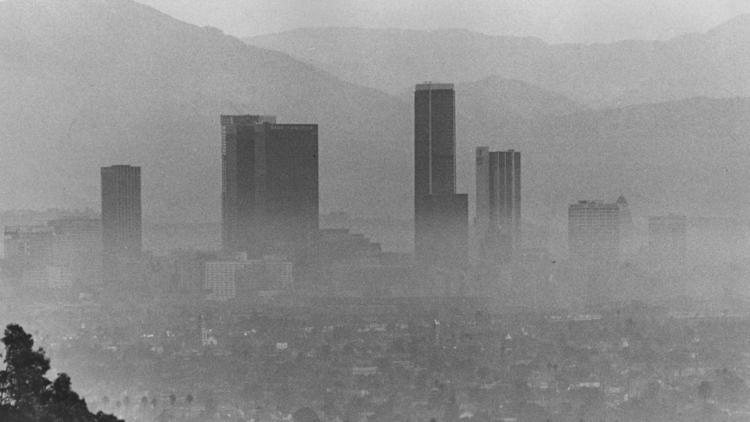 The 1980 census found whites made up less than half of the city’s residents, making L.A. a majority minority city. While the shift had been predicted, it was notable. A Times story on the findings noted that “Hispanics” — already 28% of the population — were projected to become the largest single ethnic group in the city by 1984. 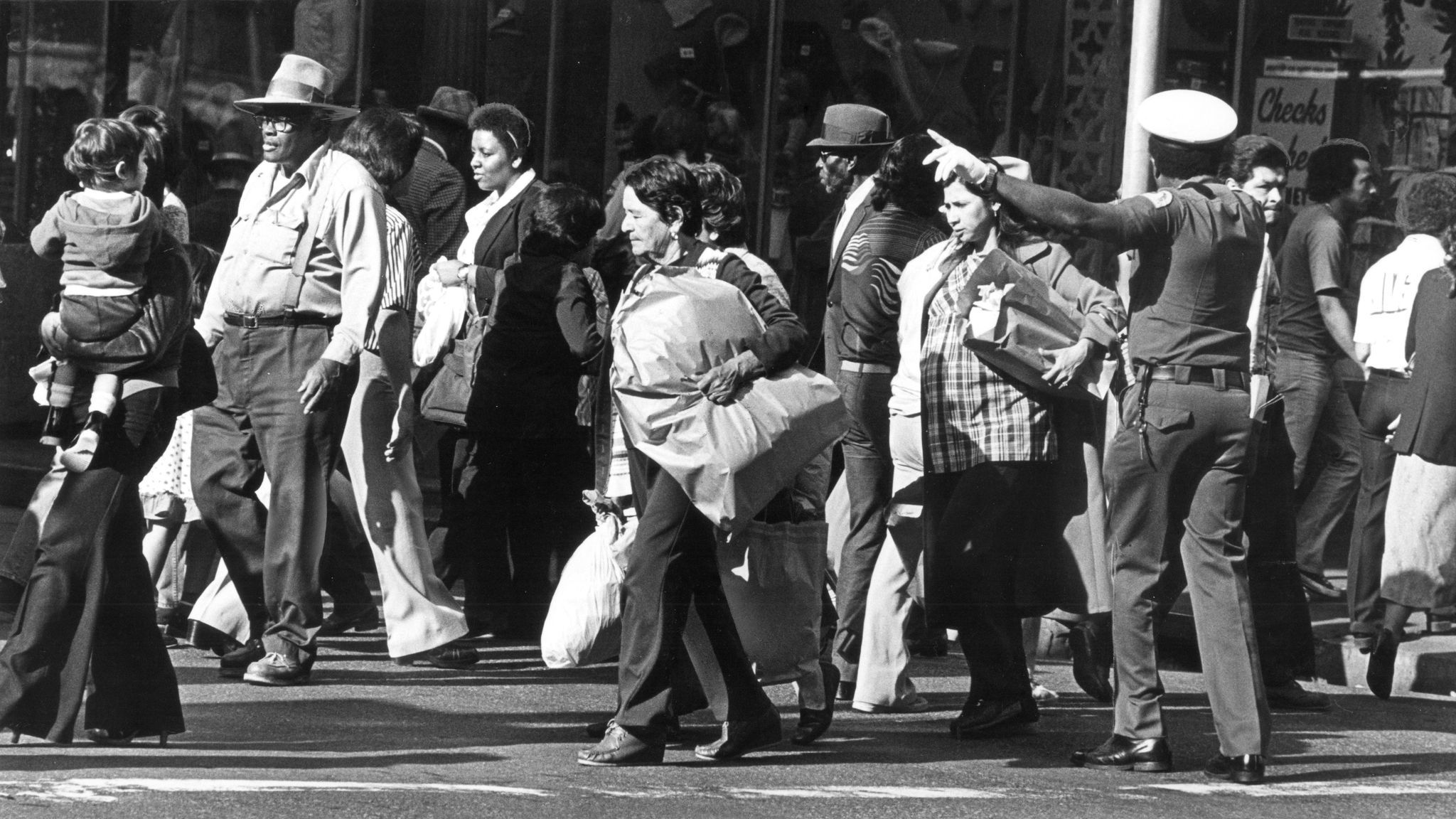 The 1980s saw a boom that took many experts by surprise. It was fueled by rising Latino and Asian populations, both through immigration and births.

Milestones: Los Angeles hosted the Olympics in 1984, and the city was riveted by the Lakers’ “Showtime” era. L.A. got a gleaming skyline, while income and racial disparities became more evident. 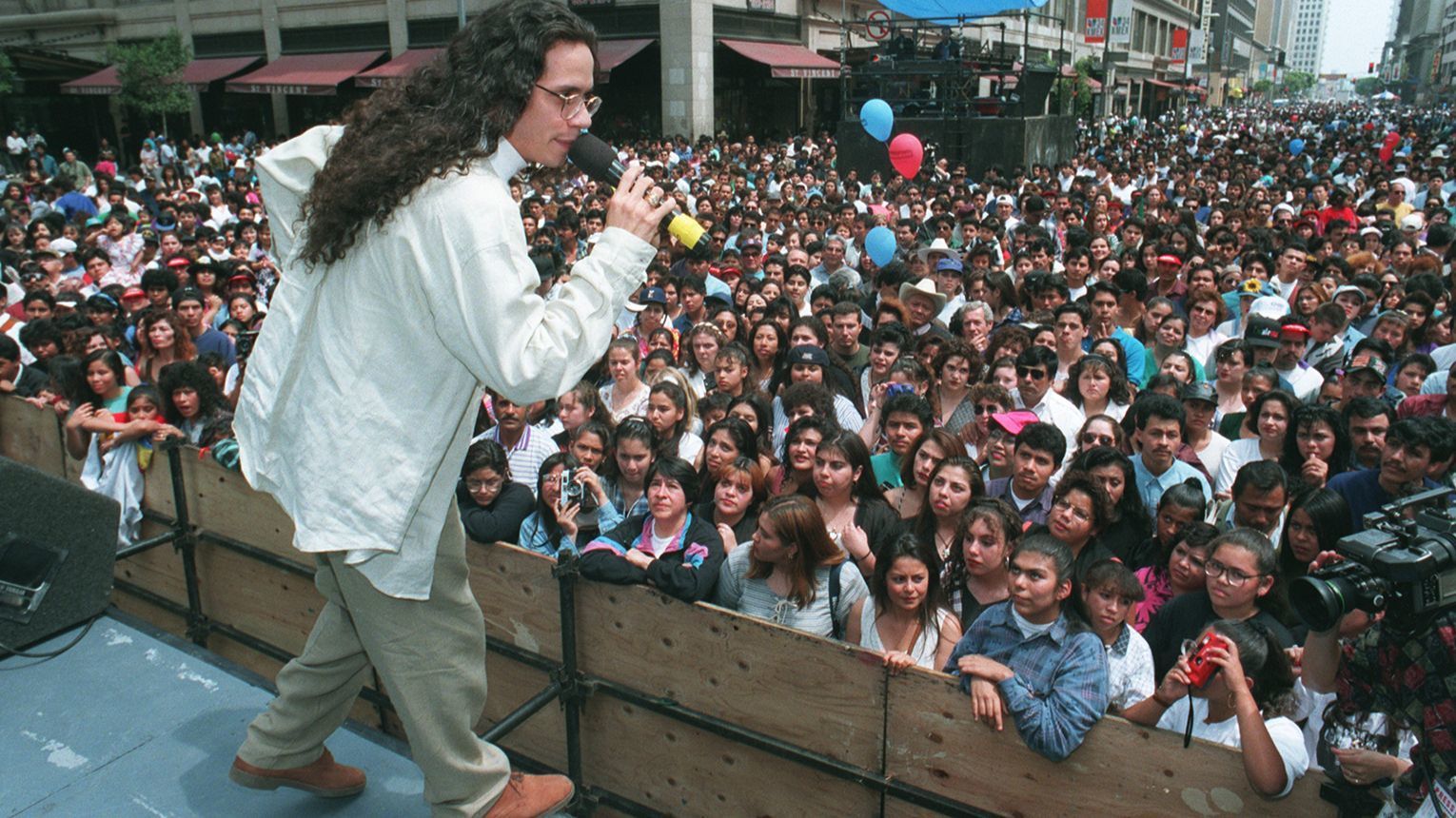 Growth slowed again in the 1990s, as the region was hit by a severe recession, riots and the Northridge earthquake.

Milestones: Defense downsizing and corporate consolidation sent the city into a tailspin that was worsened by riots and natural disasters. 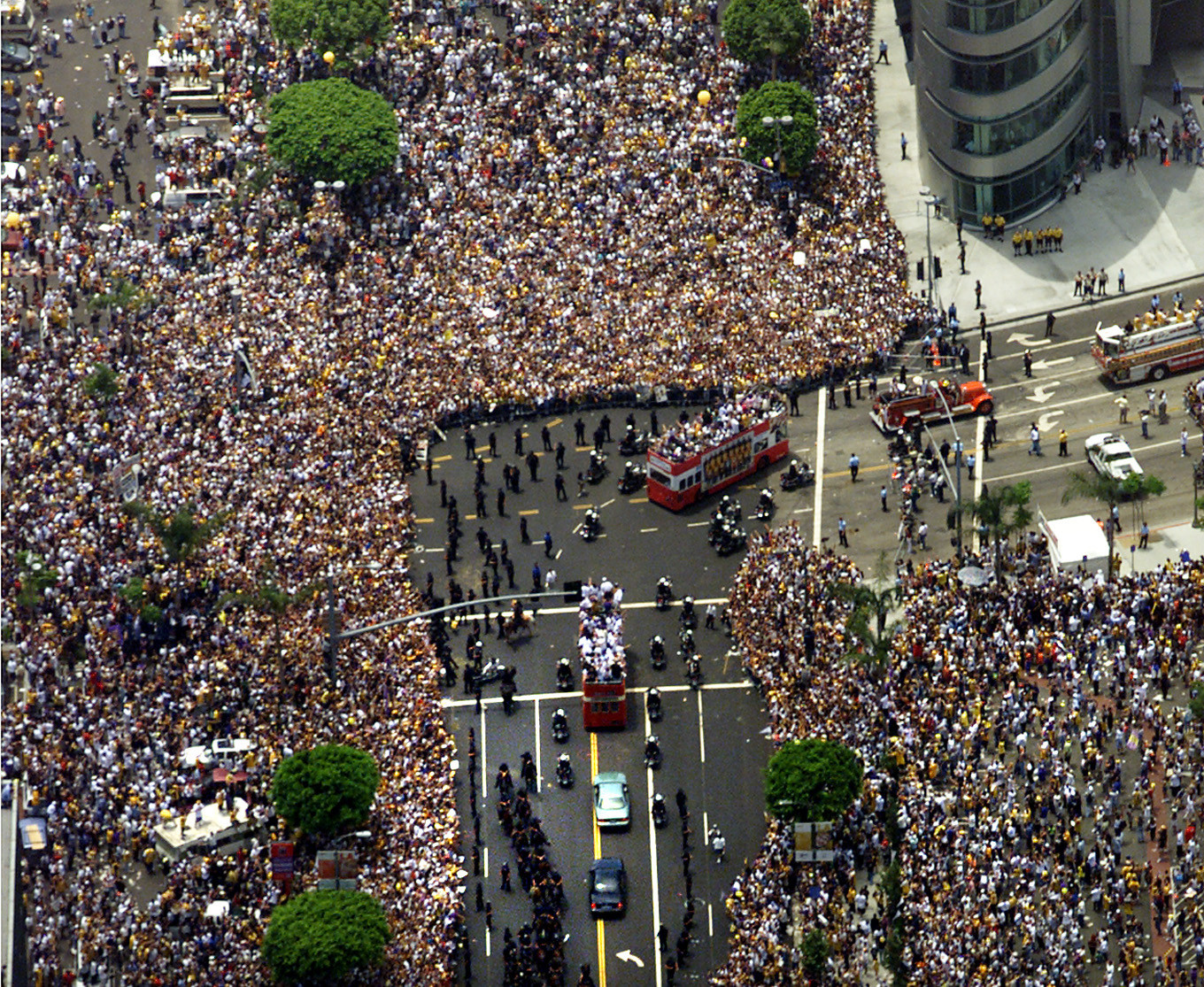 Throngs of fans crowd the streets during a Lakers parade in 2000. (Lori Shepler / Los Angeles Times)

Milestones: Gentrification began to take hold in downtown and other areas. Downtown’s rebirth symbolized by opening of Disney Hall. 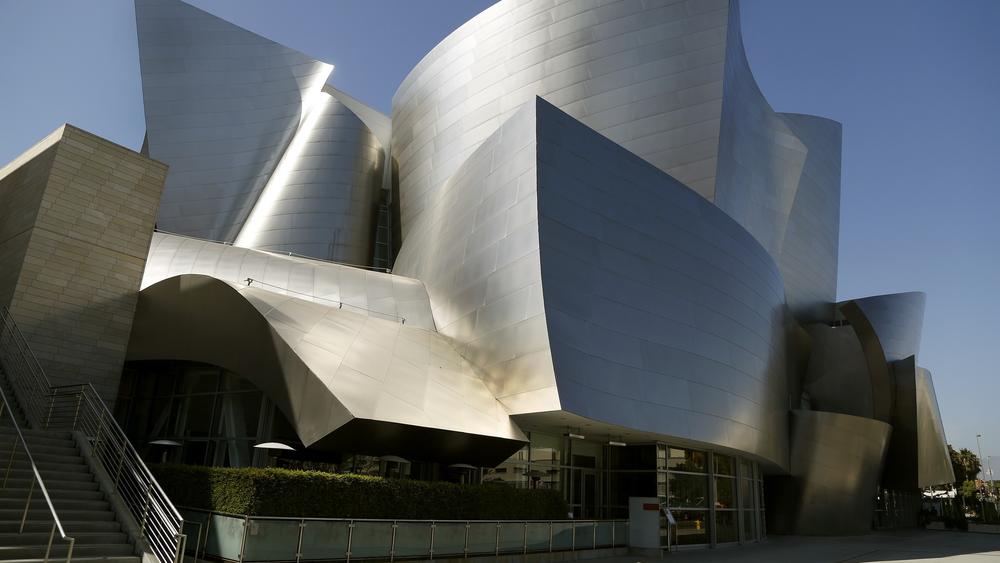 The region’s population has continued to increase, but a lack of housing is becoming a bigger issue. While L.A. is adding more and denser housing, experts say it’s not keeping pace with demand.

Milestones: Downtown’s skyline is being reshaped by new skyscrapers, and the L.A. River has become a destination, with restoration and parkland additions. 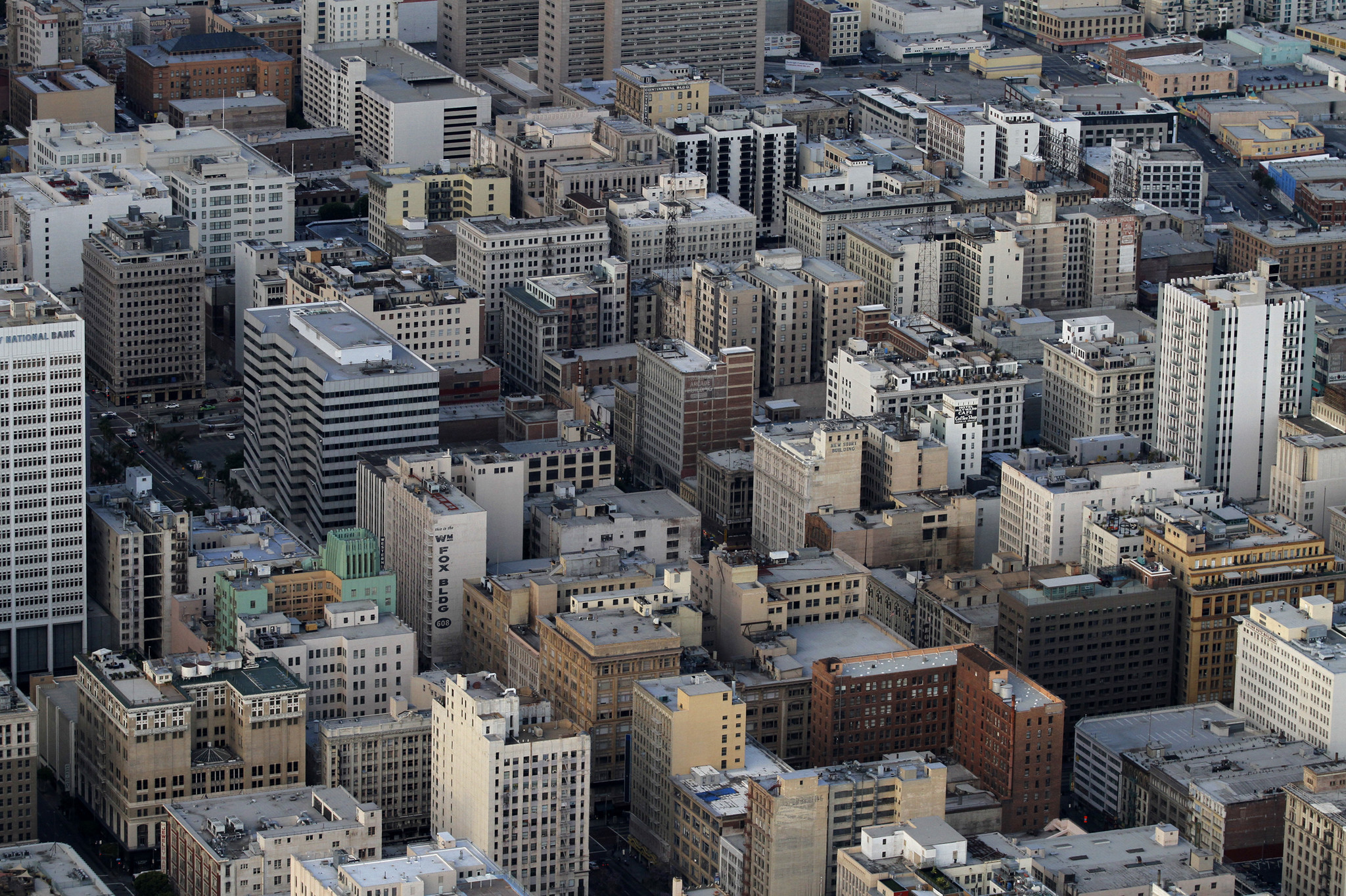