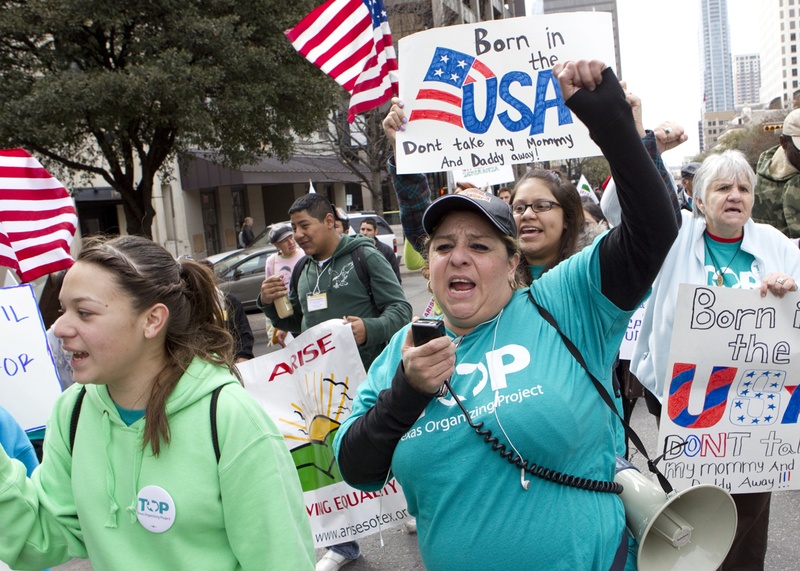 Texas lawmakers and stakeholders are zeroing in on the border security aspect of the federal immigration reform bill filed last week, with some questioning why the measure was crafted without mechanisms to avoid a future inflow of illegal migration.

The Border Security, Economic Opportunity, and Immigration Modernization Act of 2013 outlines a 13-year path to citizenship for millions in the country illegally, enhanced border security, required use of an employment verification system and an expanded visa system for low-skilled workers in various industries.

U.S. Sen. Charles Schumer, D-N.Y., one of the “Gang of Eight” senators who crafted the bill, said Friday that committee mark-ups would not begin until later this month, allowing members time to read the roughly 800-page document.

But critics aren’t wasting time in highlighting what they see as holes in the measure. And for some Texans, that means focusing on border security first, according to the state’s senior senator.

“Border security matters in Texas and along the southwestern border, and the bill does not adequately provide for it,” U.S. Sen. John Cornyn, R-Texas, said Monday on the Senate floor, according to a transcript provided by his office. “As I said, the bill is comprehensive, but it is not exhaustive. In other words, some important reforms were omitted that I think need to be included.”

The bill requires a “90 percent” effectiveness rate in apprehensions, defined as “the number of apprehensions and turn backs in a specific sector divided by the total number of illegal entries.” The rate must be achieved before undocumented immigrants can begin on their road to citizenship, which requires paying thousands in fees and back taxes and living with a conditional legal status for 10 years.

Cornyn, the ranking Republican on the Senate’s Judiciary Committee’s Immigration, Refugees and Border Security Subcommittee, said that according to his analysis of the bill’s text, the effectiveness rate applies to only three of the nine “high-risk” areas on the southwest border, including two of Texas’ five.

“The border security provisions in this bill would necessarily mean that the Border Patrol will shift resources away, in a preannounced fashion, from most of the border sectors in order to reach the goals for only a few,” he said. “We can only imagine what the transnational criminal organizations that move drugs, people, and contraband across our border will do in response.”

Cornyn and U.S. Rep. Michael McCaul, R-Austin, have filed legislation that they say addresses holes in border security that must be addressed in the current debate.

A Migration Policy Institute analysis of the current proposal compared with a bill filed in 2007, the last time immigration reform was considered, indicates that the 2013 measure places stronger emphasis on border security.

The 2007 measure called for at least 18,000 U.S. Border Patrol agents to be in place as a trigger for starting the legalization process for undocumented immigrants. But there was no definitive metric to by which to measure border security. The current measure would add an unspecified number of agents to the ranks of the U.S. Border Patrol, which has doubled to more than 22,000 since 2007. Like the 2007 measure, the current bill calls for more surveillance equipment and the use of unmanned aerial vehicles, or drones, for monitoring the border. At least $2 billion is allocated in the current measure to beef up border security. The earlier proposal did not specify how much should be spent, but a report by the MPI released this year indicates the federal government spent about $18 billion in border enforcement in 2012 alone.

The 2007 measure required 200 miles of vehicle barriers — fencing and other obstacles aimed at deterring illegal car and truck crossings — and at least 370 miles of steel fencing on the southwest border several feet tall. Despite the bill’s failure, the Department of Homeland Security has built about 650 miles of either fencing or barricades since 2007. The current bill calls for $1.5 billion for additional fencing, but where it would be installed is up to what the proposal calls the Southern Border Fencing Strategy, which DHS has six months to implement if the bill passes.

On Monday, Cornyn also expressed concern about the lack of a biometric “exit” system for visa holders in the proposal. About 40 percent of the people living in the country illegally gain legal access and overstay a visa, something Cornyn said is a byproduct of DHS’s failure to enact current laws. Compared with the 2007 proposal, which required keeping fingerprint records for when an immigrant entered and exited the country, there is no specific language in the current bill to that effect. The current draft does mandate, however, a biometric “work authorization card” for every immigrant who applies for a work permit.

“If we want to get serious about preventing another wave of visa overstays, we have to get this exit system right,” Cornyn said.

The Texas Border Coalition, a group of elected officials and business groups that has pushed for more manpower at the nation’s inland ports, is encouraged that the immigration reform conversation now includes more resources for Customs and Border Protection officers. That agency, which is part of DHS, oversees the legal movement of goods and people across the borders. The 2007 measure called for 500 more CBP officers, compared with the 3,500 that the current measure calls for.

Through February, the ports at Laredo and El Paso traded more than $36.9 billion and $13.5 billion in goods with Mexico, respectively, which has helped make Mexico Texas’ largest trading partner.

Monica Weisberg-Stewart, the chairwoman of the border coalition’s committee on immigration and border security, lauded the additional manpower, though she doubted the need for more fencing.

“Fencing has proven to not be successful; it’s created more gap than barrier and adds more problems,” she said. “You don’t just build a fence, but you have to maintain a fence.” Those resources, as well as those that would be spent on National Guard units and drones, could be spent elsewhere, Weisberg-Stewart said.

“If they place the resources in the right area, then we wouldn’t need to bring the National Guard. We wish we could get the biggest return on the investment,’ she said.

She also has concerns over the bill’s mandatory use of E-Verify, the federal electronic employment verification system, which has mistakenly flagged some eligible employees as unauthorized and allowed a number of undocumented workers to move through the system. The 2007 bill did not require its use for all employers, while the current measure requires that employers with more than 5,000 employees be phased in within two years, and all employers, including agricultural employers, be phased in within four years.

Weisberg-Stewart said she would not be convinced the system works until the government ensures its accuracy.

“The problem is get the kinks out before you put any time limit in it,” she said. “Any program the government has had so far, the accuracy is not there.”

Texas Agriculture Commissioner Todd Staples, a Republican who has announced his intention to run for lieutenant governor in 2014, said he was analyzing the bill with skepticism. He said the bill appears to address a 21st-century problem with a 20th-century solution.

“It’s a pathetic attempt to address a real shortfall in addressing our economic needs,” he said. “And the low-skilled immigrant visas, the numbers seem woefully inadequate to me.”

Staples said he was encouraged that the bill could be amended, but he warned that not having a market-based system is a perpetuation of a shadow economy that cheats workers and taxpayers.