Technology workers from Abbott Laboratories gathered in April at a North Chicago bar after the company laid off about 150 of them. Credit- Joshua Lott for The New York Times

LIBERTYVILLE, Ill. — American corporations are under new scrutiny from federal lawmakers after well-publicized episodes in which the companies laid off American workers and gave the jobs to foreigners on temporary visas.

But while corporate executives have been outspoken in defending their labor practices before Congress and the public, the American workers who lost jobs to global outsourcing companies have been largely silent.

Until recently. Now some of the workers who were displaced are starting to speak out, despite severance agreements prohibiting them from criticizing their former employers.

Marco Peña was among about 150 technology workers who were laid off in April by Abbott Laboratories, a global health care conglomerate with headquarters here. They handed in their badges and computer passwords, and turned over their work to a company based in India. But Mr. Peña, who had worked at Abbott for 12 years, said he had decided not to sign the agreement that was given to all departing employees, which included a nondisparagement clause.

Mr. Peña said his choice cost him at least $10,000 in severance pay. But on an April evening after he walked out of Abbott’s tree-lined campus here for the last time, he spent a few hours in a local bar at a gathering organized by technology worker advocates, speaking his mind about a job he had loved and lost.

“I just didn’t feel right about signing,” Mr. Peña said. “The clauses were pretty blanket. I felt like they were eroding my rights.”

Leading members of Congress from both major parties have questioned the nondisparagement agreements, which are commonly used by corporations but can prohibit ousted workers from raising complaints about what they see as a misuse of temporary visas. Lawmakers, including Richard Durbin of Illinois, the second-highest-ranking Senate Democrat, and Jeff Sessions of Alabama, the Republican chairman of the Senate Judiciary Subcommittee on Immigration, have proposed revisions to visa laws to include measures allowing former employees to contest their layoffs.

“I have heard from workers who are fearful of retaliation,” said Senator Richard Blumenthal, Democrat of Connecticut. “They are told they can say whatever they want, except they can’t say anything negative about being fired.”

Lawyers said the paragraph Mr. Peña and other workers object to in their separation agreements is routine in final contracts with employees who are paid severance as they leave, whether they were laid off or resigned voluntarily.

“It’s a very, very common practice,” said Sheena R. Hamilton, an employment lawyer at Dowd Bennett in St. Louis who represents companies in workplace cases. “I’ve never recommended a settlement that didn’t have a clause like that.” 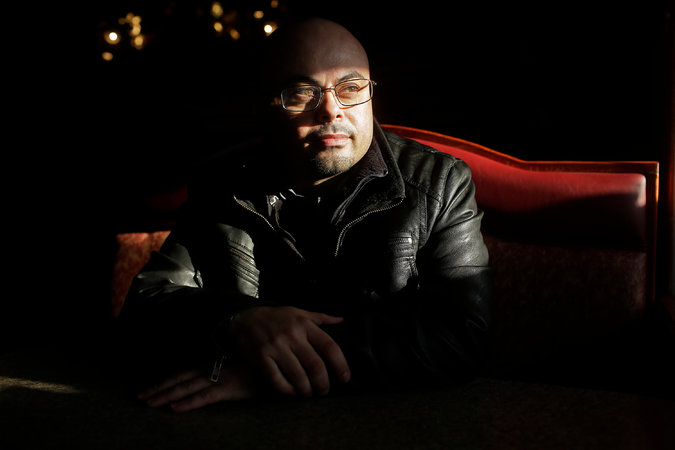 Marco Peña was among the technology workers Abbott laid off. He chose not to sign an agreement, including a nondisparagement clause, given to all departing employees. Credit – Joshua Lott for The New York Times

But former Abbott employees said the provisions had stopped them from speaking openly with elected officials or appearing at congressional hearings.

“It is very frustrating that you can’t share your story with the public,” said one former Abbott manager, who had worked for the company for 13 years, rising to an important supervisory position. He had prepared a 90-page manual for his foreign replacements showing how to perform every detail of his work. With a disabled child who requires medical care, he said he had to take his severance and its nondisparagement clause, since it extended his medical benefits. So he asked to remain anonymous.

“I’ve been laid off before, I can understand that,” he said. “But these visas were meant to fill in gaps for resources that are hard to find. This time the company actually asked me to transfer my knowledge to somebody else. That changes the equation.”

According to federal rules, temporary visas known as H-1Bs are for foreigners with “a body of specialized knowledge” not readily available in the labor market. The visas should be granted only when they will not undercut the wages or “adversely affect the working conditions” of Americans.

But in the past five years, through loopholes in the rules, tens of thousands of American workers have been replaced by foreigners on H-1B and other temporary visas, according to Prof. Hal Salzman, a labor force expert at Rutgers University.

In March, two Americans who had been laid off in 2014 by a New England power company, Eversource Energy, spoke at a news conference in Hartford even though they had signed nondisparagement agreements. Craig Diangelo, 63, and Judy Konopka, 56, said most of the 220 people facing dismissal had been required as part of their severance to train Indian immigrants with H-1B and other visas.

In a protest, departing employees posted American flags outside their cubicles. As they left, they took the flags down. Mr. Diangelo took a photograph of the flags in his final days at the utility. At the time, he and Ms. Konopka spoke with reporters, including from The New York Times, but they did not want to be quoted, even without their names.

In January, Senator Blumenthal spotted the photograph in an article in Computerworld, a tech industry publication, and was dismayed to learn of the layoffs so long after they happened. In a letter to the company, the senator questioned whether the dismissals were “accomplished through apparent abuses” of visas, and he demanded assurances that former employees would not be sued if they spoke with government officials.

In a forceful reply, the Eversource general counsel, Gregory B. Butler, said the company had not violated any laws, and its nondisparagement provisions were a “standard form release” that did not restrict former employees from discussing their layoffs “with you or anyone else.”

Mr. Diangelo said he was not so sure the company would refrain from legal action if he spoke to the news media. But, he said, “I finally got to the point where I am tired of hiding in the shadows.” 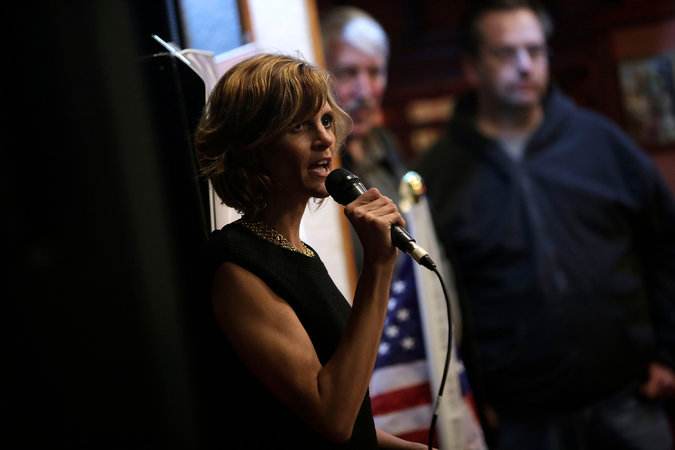 Sara Blackwell, a lawyer representing former Abbott employees, spoke at the gathering of workers in April.Credit – Joshua Lott for The New York Times

Two years later, his work with a local tech contracting company pays $45,000 a year less than his Eversource salary. Many of his former co-workers are also struggling, Mr. Diangelo said, but stay quiet to avoid provoking the company.

At Abbott, executives announced in February that technology jobs would be taken over by the Indian company Wipro. Senator Durbin, who is from Illinois, criticized the layoffs and said Abbott’s nondisparagement clause was “overly broad.”

According to a copy of the agreement, that clause read, in part: “You agree to make every effort to maintain and protect the reputation of Abbott and its products and agents.”

A spokesman for Abbott, Scott Stoffel, said the changes were part of its efforts to “remain globally competitive and a strong U.S. employer.” He said the company would retain “the vast majority” of its tech jobs in the United States. Nondisparagement clauses like Abbott’s are “very common” in severance agreements, he said.

Mr. Peña said he could afford to turn down his severance payment because he is single and has no children. “I was the only one with the ability to put my foot down,” he said.

He received consistently positive work reviews, and a merit raise weeks before his layoff, he said. With no indication that poor performance was a factor, he believed it was a measure to cut costs.

“Anything that had to deal with technology and resolving problems, that was my satisfaction, my passion,” Mr. Peña said. “But these days that has no bearing on the decision making of the executives in the higher positions.”

Abbott tried to reduce the role of foreigners in the layoffs. Only about 20 percent of the workers brought in by Wipro would be foreigners on H-1B visas, Mr. Stoffel said, while the rest would be American workers.

Mr. Peña said he had been told at first that he would train his Wipro replacements. But after Senator Durbin’s rebuke, Wipro workers were trained only by employees who would be remaining with Abbott, he said.

He and 13 other former Abbott employees filed federal claims saying they faced discrimination because of their ages and American citizenship, said Sara Blackwell, a lawyer representing them. Those claims are confidential. Ms. Blackwell organized the tavern meeting where Abbott workers were invited to mourn their jobs. Of the small group that came, only Mr. Peña spoke up.

On April 20, about two dozen employees of EmblemHealth, a health insurer, protested outside its offices in Manhattan after the company announced that it would transfer about 200 tech jobs to Cognizant, another technology outsourcing company. Even though they were in the street holding signs, the employees declined to have their names used in news reports.