Laid-off unionized IT workers at the University of California's San Francisco campus protested and spoke to the media on their last day of work.

Union says it's the first time a public university has embraced IT outsourcing.

At the University of California's San Francisco campus, 79 IT employees lost their jobs this week, some of them after explaining to their replacements at Indian outsourcing firm HCL how to do their jobs.

The union representing the employees, University Professional and Technical Employees CWA Local 9119, says it's the first time a public university has offshored American IT jobs.

In a statement sent yesterday, UPTE-CWA says the layoffs could spread, since the HCL contract can be utilized by any of the 10 campuses in the University of California system, the nation's largest public university. "US taxes should be used to create jobs in the US, not in other countries," said Kurt Ho, a systems administrator who was quoted in the union's press release. Ho was required to train his replacement as a condition of getting his severance pay.

In its statement on the matter, UCSF says that it was pushed to hire outside contractors due to "increased demand for information technology and escalating costs for these services." The university says it will save more than $30 million by hiring HCL, after seeing IT costs nearly triple between 2011 and 2016, "driven by the introduction of the electronic medical record and increased digital connectivity."

The university says 49 UCSF employees were laid off, and it will eliminate another 48 jobs that are currently vacant or filled by contractors. "UCSF will not replace UCSF IT employees with H-1B visa holders, nor will HCL," the university wrote in a statement e-mailed to Ars.

Of the 49 laid-off UCSF employees, 34 have either secured other employment or are retiring, the university said.

The university's decision to hire HCL has been controversial for months and has drawn fire from politicians. Rep. Zoe Lofgren (D-Calif.), who has submitted a bill meant to curb abuses of the H-1B program, sent a letter to UC President Janet Napolitano in November asking her to reverse its plan to outsource IT staff. Senator Diane Feinstein (D-Calif.) sent a similar letter, reminding Napolitano that the UC system gets about $8.5 billion in federal support. House Minority Leader Rep. Nancy Pelosi (D-Calif.), whose district encompasses most of San Francisco including UCSF, also asked the UC president to reverse herself later in the month.

That led to some changes in UCSF's plan. According to a January story in the Los Angeles Times, the university told Feinstein's office that of the 27 HCL employees assigned to UCSF during the transition, eight had H-1B visas. The university assured her office that all the H-1B visa holders were moved elsewhere and won't be working at UCSF after all. 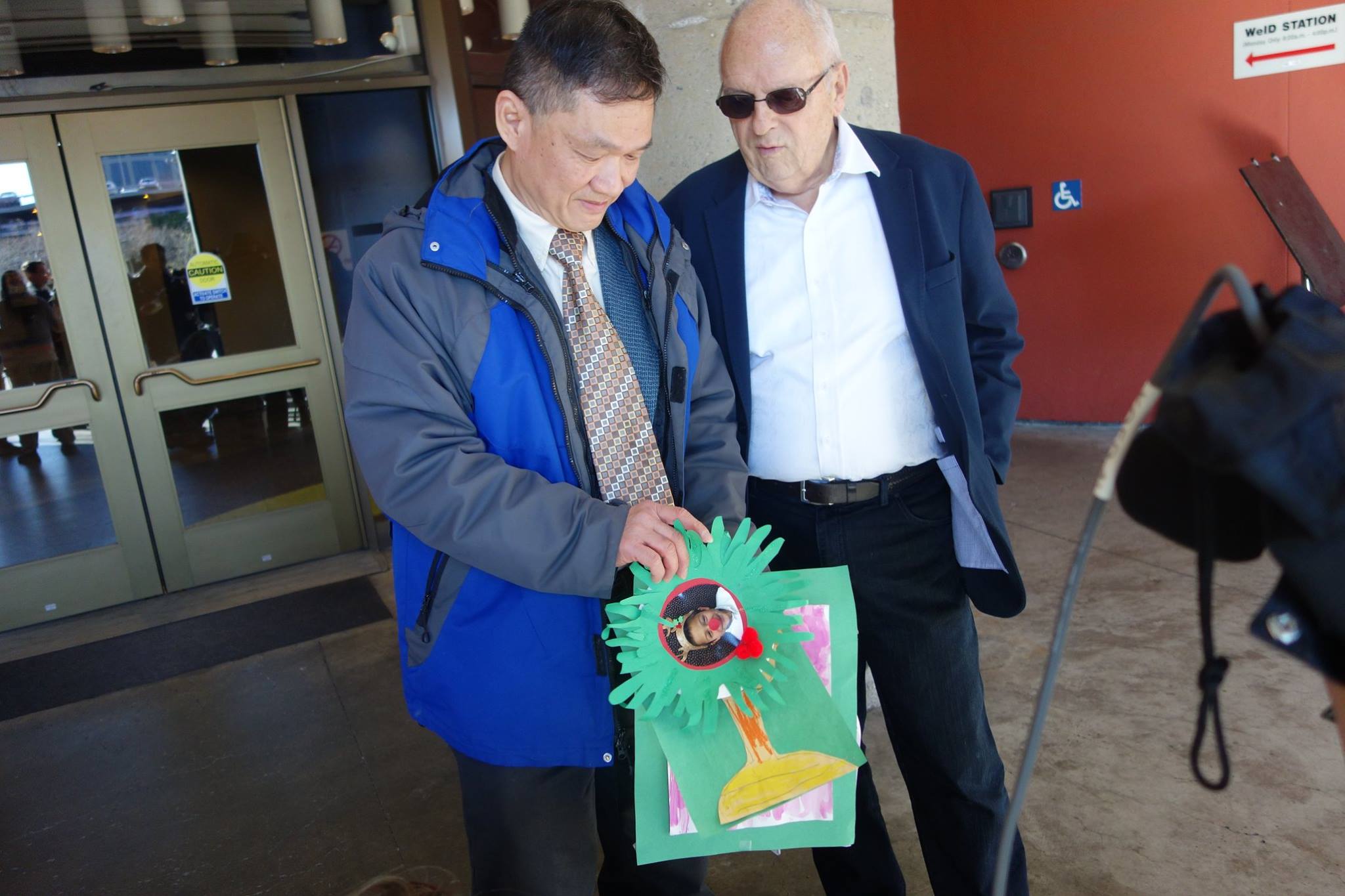 Another laid-off UCSF IT worker.

Ho, who earns about $100,000, told the LA Times that he spent two days training his replacement in a process that UCSF called "knowledge transfer."

"He told me he would go back to India and train his team and would be sending me e-mails with questions," Ho said.

Audrey Hatten-Milholin, who earned $127,000 at her job, says other replacements were around for two weeks. "What was shocking is that the system is so complex there’s no way you can learn it in two weeks," she said.

Thirteen of the workers are considering filing a lawsuit, saying the way they were fired amounts to discrimination, Computerworld reported.

There have been reports that the Trump Administration is considering changes to the H-1B visa program, and there are at least two bills pending in Congress asking for reforms to the H-1B system, which is meant to allow for hiring of high-skilled employees from abroad. No movement has happened on those proposals yet, however.

"There’s talk about fixing things, and no [one] has done it yet,” laid-off worker Bizhan Tabatabaian told Computerworld. "And I’m the proof."