Religious charities are raising money to house and resettle the growing numbers of young illegal aliens from Central America who are entering the U.S. These organizations also assist placement of refugees and asylees in communities around the country. Although the illegal aliens are not now designated as asylees or refugees – individuals fleeing persecution – it appears that the religious groups would like for them to get these designations, or some similar status, so they can remain in the U.S. permanently. The groups maintain that the principles of their faiths impel them to spend for these purposes. Be that as it may, it is the U.S. taxpayer, not the congregants of these groups, who are providing most of the cash. To illustrate, consider the U.S. Conference of Catholic Bishops, a leading player in resettlement work. In 2012, it raised $71 million for its resettlement program. Of that sum, $65.9 million came from federal grants. Another $3.7 million came from federal loans and private-sector grants. Only $1.4 million, two percent, came from church members.

The Lutheran Immigration and Refugee Service is another major participant in resettlement. In 2012, it reported an income of $41.7 million. Of that total, $40.4 million came from government grants. The remaining $1.3 million, two percent, came from private sources. 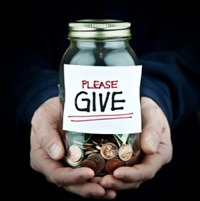 Tax-subsidized charity is pretty difficult to reconcile with genuine Christian charity, which consists of a believer reaching into his own pocket to provide for others. Also hard to figure is how these religious groups can justify making money from resettlement. Not all the money they get goes to the refugees and asylees, because the groups get a cut for their own institutional purposes. Thus it is not surprising that they lobby for greater admissions of refugees and asylees.

One interesting question about this public subsidy of religious organizations is the utter silence of the American Civil Liberties Union, an outfit which usually screams to the heavens at any hint that the separation of church and state is being breached. Perhaps in this case the ACLU is willing to sacrifice its professed principles on separation because it has a greater commitment to mass immigration.

Recently the U.S. Conference of Catholic Bishops sent a letter to President Obama asking him not to send any of the Central Americans home. If Obama has any great say-so in the matter that is exactly what will happen. In his $3.7 billion emergency proposal to deal with the situation, $1.1 billion is allocated for attorneys to represent the Central Americans. Such lawyers no doubt would use every legal trick to secure permanent status for their clients, probably as asylees. The proposal also authorizes $1.8 billion for resettlement – a sum which might provide the religious groups with more cash infusions.

The religious organizations claim to stand on the moral high ground with their charitable activities, but that stance is weak to say the least. If they wish to practice the ethics they preach, they should conduct their activities with their own resources. Also they might consider the immorality of encouraging foreigners to break our laws and game our system – as well as the impact of immigration on poor Americans. Charity should begin at home, shown by concern for one’s homeland and countrymen.