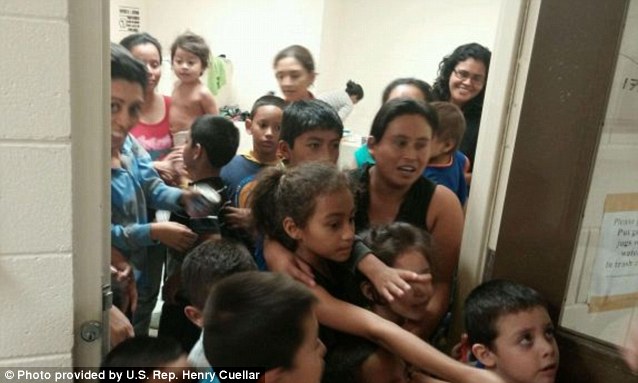 Texas’ Rio Grande Valley is nearly 1,500 miles from Lawrenceville, Virginia. Despite the distance, the Obama administration thought it a good idea to house some of the illegal aliens pouring across the Southwest border at Lawrenceville’s St. Paul’s College, a recently closed, historically black college. Health and Human Services was set to place up to 500 aliens on the campus.

While President Obama was in Palm Springs last weekend playing golf and raising funds, HHS worked frantically to prepare St. Paul’s for alien youths age 11-17. But citing short notice, inadequate facilities, the threat of chickenpox and scabies as well as the potential for crime, town officials and local residents managed to stave off, at least temporarily, the unwanted invasion.

Interestingly, resistance to accommodating a huge influx of uninspected aliens is bipartisan. Republican Robert Hurt represents Lawrenceville in Virginia’s 5th District. After HHS announced the St. Paul’s delay, Hurt called for a “complete halt” to the project and that it be taken up again only with the assurance that the process will be “transparent and open.”

In neighboring Maryland, plans to house some of the children in an empty Baltimore office complex were scrapped after the city’s Democratic mayor Stephanie Rawlings-Blake and Maryland’s two Democratic senators, Barbara Mikulski and Benjamin Cardin, immediately balked.

Mikulski and Cardin’s objections prove how threatening the alien crisis is. Both signed S.744, the Senate immigration bill that would have given up to 220,000 W visas, valid for three years, to low-skilled workers, some of which would have the identical backgrounds as the arriving aliens. Mikulski and Cardin wanted more foreign-born in America when the concept was on the Senate drawing board. But when the aliens march into their backyard – not so much.

To readers who have empty buildings or abandoned apartments in your communities, beware. Look out for suspicious-looking feds canvassing your neighborhood. Even if you live thousands of miles from the border, HHS will find you, and whether you like it or not, relocate the migrants among you.