Laura Arrillaga-Andreessen may not have the name recognition that, say, a Mark Zuckerberg does, but she may wield even more power than he does.

While dropping fashion names – Alexander McQueen, Fendi and Tiffany – for Laura’s attire, as would be expected in a fashion magazine, a recent Vogue feature by Jacob Weisberg took more notice of her role in Silicon Valley as the guru of giving, guiding many of the 20-somethings and others who suddenly find themselves flush with billions of dollars. 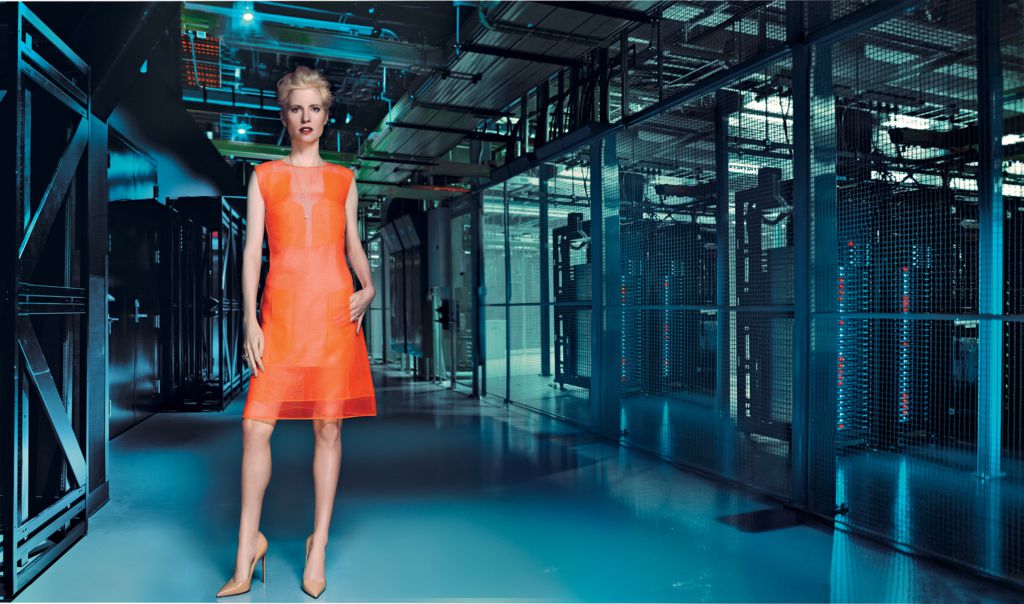 Writes Weisberg, if you’re young and have gone from “maxed-out credit cards” to more money than you know what to do with and you want to do good and have a socially conscious business, well, then Laura is there to put you on the right path.

She’s so persuasive that she talked her husband and his partners into donating half of their income to charitable organizations. Her husband is Mark Andreessen, of Netscape fame and fortune, whose six-partner venture-capital firm started in 2009 has been extremely successful. She’s been influential too with Zuckerberg (the Zuckerbergs and the Andreessens have pizza and movie nights together), who donated $100 million – yip, you read that right, $100,000,000 – to schools in New Jersey.

With great wealth comes great responsibility – a concept foreign to some of tremendous wealth these days, judging by exploits we see in the media. So kudos to Arrillaga-Andreessen for fostering a philanthropic spirit.

That said – you knew a caveat coming – managing money responsibly does take time and lots of insight. Giving piles of cash with no parameters makes no sense. Zuckerberg’s $100 million “investment” in New Jersey seems to have evaporated in just a couple of years, with no results. As one critic said, “Everybody’s getting paid, but Raheem still can’t read.”

But Zuckerberg is not giving up and says he’s learned from the New Jersey contribution. He’s upping the ante and donating $120 million to the San Francisco Bay Area public school system, per a recent announcement. The initial focus will be on three school districts in which 80 percent of the 70,000 students receive free or discounted school meals.

More troubling than the misspent $100 million that could have had a positive impact is the vast amount of wealth from the tech world being poured into pushing population growth in the United States. CAPS writers have produced several pieces on Zuckerberg’s push for amnesty and importation of greater numbers of foreign workers.

Presumably both the educational and population growth efforts fall under Zuckerberg’s fwd.us, which is described as promoting “policies to keep the United States and its citizens competitive in a global economy – including comprehensive immigration reform and education reform.” And presumably given what we now know of Arrillaga-Andreessen’s giving guidance and close relationship with Zuckerberg, she influenced this agenda.

Put another way, if you opposed open borders and growing the U.S. population unsustainably, it might be a little difficult to put your core beliefs aside and watch a “thriller” over popcorn and pizza with Mr. and Mrs. Zuckerberg.

Further troubling is how much of Silicon Valley has fallen in line with fwd.us. The list is long and includes Reid Hoffman of LinkedIn, Ruchi Sanghvi of Dropbox, Tim Armstrong of AOL, former Microsoft CEO Steve Ballmer, Reed Hastings of Netflix, Andrew Mason of Groupon, Marissa Mayer of Yahoo, Jon Orringer of Shutterstock, Eric Schmidt of Google and Padmasree Warrior of Cisco.

One might think there is some “groupthink” going on in Silicon Valley, choreographed, at least according to the article, by Arrillaga-Andreessen. She should consider looking at all the facts and spend some time meeting with population organizations to develop an understanding of limits to growth. The lock-step ideas of Silicon Valley are out of touch with American needs. A bit of an education on the massive impacts of continuing unchecked illegal immigration and tripling the number of foreign workers is in order for Ms. Arrillaga-Andreessen.

At least she could say she did her due diligence.