Page 47 of the “9/11 Commission Staff Report on Terrorist Travel” contains this paragraph:

Once terrorists had entered the United States, their next challenge was to find a way to remain here. Their primary method was immigration fraud. For example, Yousef and Ajaj concocted bogus political asylum stories when they arrived in the United States. Mahmoud Abouhalima, involved in both the World Trade Center and landmarks plots, received temporary residence under the Seasonal Agricultural Workers (SAW) program, after falsely claiming that he picked beans in Florida.

Page 98 of this report noted:

Notwithstanding the nexus between immigration law violations and terrorism and crime, the current administration has been the worst on enforcement of our immigration laws. The clear result is an explosion in the number of illegal aliens in the country.

While immigration fraud was identified by the 9/11 Commission as being a key entry and embedding tactic of terrorists, the administration has provided hundreds of thousands of illegal alien “DREAMERs” with lawful status and official identity documents without so much as a face-to face interview, let alone a field investigation. These aliens, who claim to have entered the U.S. as teenagers, may be as old as 31 years of age when they apply to participate in this program.

It is vital to understand that, first and foremost, our immigration laws were enacted to protect American lives and the jobs of American workers. 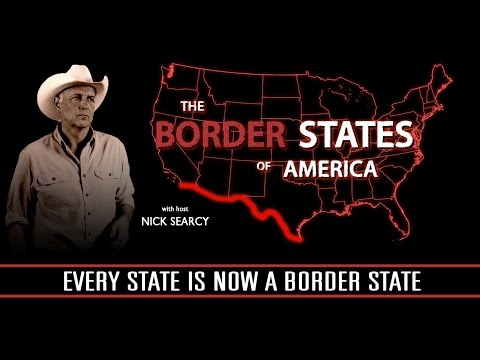 While most attention on the immigration issue has been focused on the issue of border security along the U.S.-Mexican border, the reality is far different. Undoubtedly that border must be made secure, and presently it’s anything but secure. An important, just-released documentary, “The Border States of America,” provides graphic, incontrovertible evidence that our southwest border provides little more than a speed bump to smugglers. The subtitle of the film, “Every State is Now a Border State,” makes it clear that our nation does not have just four border states, but 50.

However, there are many more components to the immigration system than the border that is supposed to separate the U.S. from Mexico. This was the point I made in my July 7, 2014, article for FrontPage Magazine, “Border Security and the Immigration Colander.”

My career with the former INS (Immigration and Naturalization Service) spanned some 30 years. I spent roughly half of my career working jointly with other law enforcement agencies, including the DEA, FBI and other federal, state and local police agencies, as well was with law enforcement agencies of foreign governments in conducting investigations into major transnational narcotics trafficking organizations and terrorists.

As the first INS special agent assigned to the Unified Intelligence Division of the DEA in New York City, and then promoted to the position of Senior Special Agent and assigned to the Organized Crime Drug Enforcement Task Force (OCDETF), one of my key responsibilities in these assignments was to utilize my unique authorities, as an INS agent, to cultivate informants and cooperating witnesses within the ethnic immigrant communities to identify criminals and criminal organizations as well as aliens engaged in terrorism.

I have also worked cooperatively with the Joint Terrorism Task Force (JTTF) and, in fact, virtually since the inception of the JTTF immigration agents have been permanently assigned to that task force. Indeed, often terrorists are prosecuted for visa fraud and other immigration-related crimes.

What needs to be understood is that immigration enforcement activities often lead to the identification of other crimes – not just where formal task force investigations are concerned. Illegal aliens who purchase false identity documents and interact with other individuals who help individuals “operate under the radar” often become aware of all sorts of activities that are employed by criminals and terrorists.

On May 18, 2004, I testified before a hearing conducted by the House Subcommittee on Immigration, Border Security and Claims on the topic:

PUSHING THE BORDER OUT ON ALIEN SMUGGLING: NEW TOOLS AND INTELLIGENCE INITIATIVES

One of the key issues discussed at that hearing was how the use of visas that can be provided to aliens who provide actionable significant intelligence can help convince aliens to cooperate with law enforcement agencies to provide a strong incentive to garner that vital intelligence.

Failure to effectively enforce our immigration laws not only creates myriad opportunities for terrorists to enter the U.S. and embed themselves as they go about their deadly preparations to launch terror attacks inside the country, but also denies law enforcement opportunities to stumble upon criminal and terror-related activities during the course of routine field investigations and also opportunities to cultivate essential informants and thus garner vital intelligence.